There was something odd about the 30 suitcases that showed up on a flight from Venezuela. The colorful bags weren’t registered to any of the passengers on board. 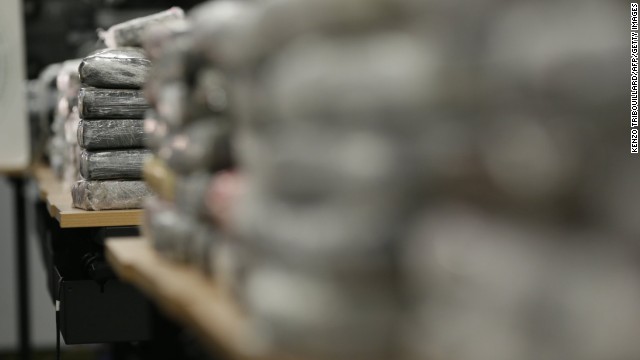 When French officials opened them up, they discovered why – 1.3 tons of pure cocaine were stuffed inside the anonymous bags.

The catch was made on September 11, but French authorities didn’t publicise the find until Saturday.

The suitcases came from Caracas aboard an Air France flight to Paris, but did not match any of the passengers on board, CNN affiliate BFMTV reported.

Authorities worked with Spanish, British and Dutch police on the investigation, BFMTV said.

This case “illustrates the importance of strengthening international cooperation in the fight against traffickers,” Valls said.

Venezuelan authorities are also investigating. The country’s Public Ministry said prosecutors will investigate, along with the Counterdrug Command of the National Guard in Simon Bolivar International Airport, to see if any criminal activity took place.