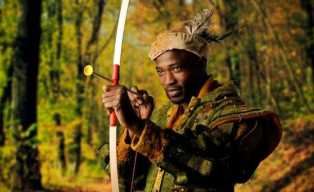 Now this is a very rare situation.

The soccer star is set to debut in a Nollywood movie, titled ‘Battered’, which is scheduled to premier at the Odeon Cinema in Greenwich, southeast London, on September 28, 2013.