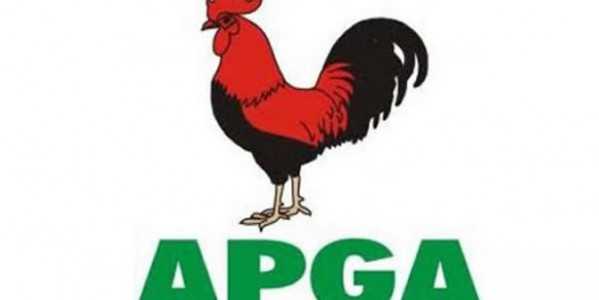 The Chairman of the All Progressives Grand Alliance (APGA) in Anambra, Mike Kwentoh, said the party would not feature two candidates in the governorship election on Nov.16.

Mr. Kwentoh said this in an interview with the News Agency of Nigeria in Awka on Friday.

He said that presenting two candidates would confuse the electorate and affect the party’s chance of retaining the leadership of the state.

The chairman regretted the activities of Maxi Okwu’s faction whom he said participated in the reconciliation by Governor Peter Obi in the full glare of the public.

He described those who wanted to divide the party after the reconciliation as dissidents.

“We do not welcome double candidature, it is alien to us in APGA and as I am talking to you now, we have just one candidate in the person of Willy Obiano for the governorship election.

“Those trying to divide our party are dissidents and I call their actions rascality of the highest order”, he said.

A faction of APGA led by Mr. Okwu on Monday picked Chike Obidigbo as its gubernatorial candidate.

Victor Umeh’s faction had earlier elected Willie Obiano as the APGA candidate for the election in a primary conducted in Awka on August 26.