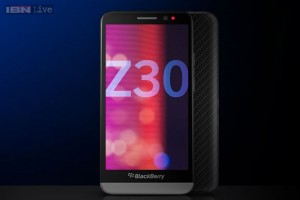 BlackBerry said on Friday that it lost $965 million in the past quarter, confirming preliminary figures showing a rapidly eroding picture for the Canadian smartphone maker.

The company, which had given a preliminary estimate for its second fiscal quarter results, acknowledged the figures were weak, but said it hopes for a turnaround with a planned $4.7 billion buyout, which would take the firm private.

“We are very disappointed with our operational and financial results this quarter and have announced a series of major changes to address the competitive hardware environment and our cost structure,” said Thorsten Heins, president and chief executive.

He added that the company is putting in place “the necessary changes to create the best business model” for its ailing product.

“We understand how some of the activities we are going through create uncertainty, but we remain a financially strong company with $2.6 billion in cash and no debt,” Heins said.

“We are focused on our targeted markets, and are committed to completing our transition quickly in order to establish a more focused and efficient company.”

The company said it shipped some 5.9 million smartphones in the quarter, which is less than what Apple sold in the past weekend in the global launch of its new iPhones.

BlackBerry has said it will cut its workforce by some 40 per cent as it seeks to restructure the company.

Colin Gillis at the research firm BCG said the results were “startling weak “ and may signal the end for BlackBerry.

“While we applaud the decision to focus on retooling the company into a niche enterprise focused business, it seems years too late,” he said in a note to clients.

“Just as the consumer business has crumbled, the enterprise business is also in decay in our opinion. Given the negative news flow from the company, enterprise customers are likely to shy away from committing to a struggling platform.”

BlackBerry was just a few years ago considered the leader in smartphones, but has rapidly lost ground to Apple and other manufacturers, mainly using the Google Android operating system.

BlackBerry announced this week that it signed a letter of intent with a group led by Fairfax Financial Holdings Limited, which has offered to acquire the company.

Fairfax, a Canadian firm headed by billionaire Prem Watsa, is already BlackBerry’s largest shareholder with approximately 10 per cent of its shares.

Watsa resigned from BlackBerry’s board in August when it announced a search for a suitor.

Under the proposed BlackBerry-Fairfax deal the consortium would offer $9 for each outstanding share, and Fairfax would contribute its own shares in the transaction.

A firm deal, once due diligence is completed, is expected by November 4. It also hinges on the consortium obtaining financing.

BlackBerry still has some 70 million subscribers worldwide, but most of these are using older handsets, with the newer devices on the BlackBerry 10 platform failing to gain traction.

According to research firm IDC, BlackBerry’s global market share was just 2.9 per cent in the second quarter, the lowest since the firm began tracking.

Because BlackBerry has some $2.6 billion cash on hand, the Fairfax offer is worth around $2 billion for the value of the enterprise, analysts point out.

While BlackBerry’s newest smartphones have not sold well, analysts say its software and services are strong, especially for device management for companies with a need for strong security. [AFP]