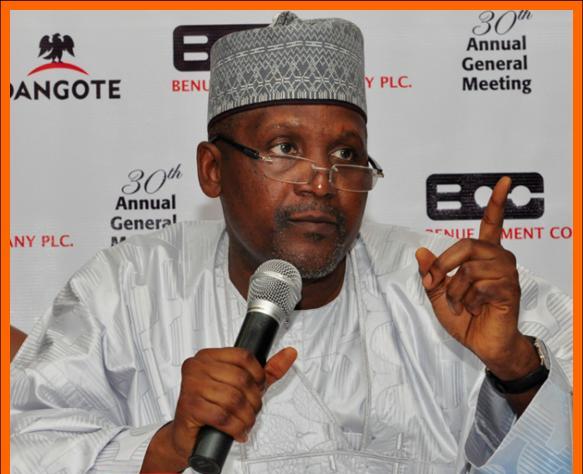 The Dangote Group has concluded plans to establish an 80,000 hectare sugarcane plantations in Kebbi, the state Commissioner for Agriculture, Alhaji Sani Kanya, has said.

Kanya told the News Agency of Nigeria (NAN) on Tuesday in Birnin Kebbi that the plantations would be sited in Suru, Bagudo, Koko/Besse and Shanga local government areas.

According to him, the President of the group, Alhaji Aliko Dangote would soon lead a team of experts on sugarcane production to the state, to meet with all stakeholders on the project.

He noted that the plantation would create more than 50,000 jobs to the youths and a flourishing market for sugarcane farmers.

The commissioner said farmers participating in the project would be provided with improved sugarcane seedlings, fertilisers and modern production implements.

NAN recalls that the state government had in April this year allocated the 80,000 hectares of land to the Dangote group for sugarcane production. (NAN)