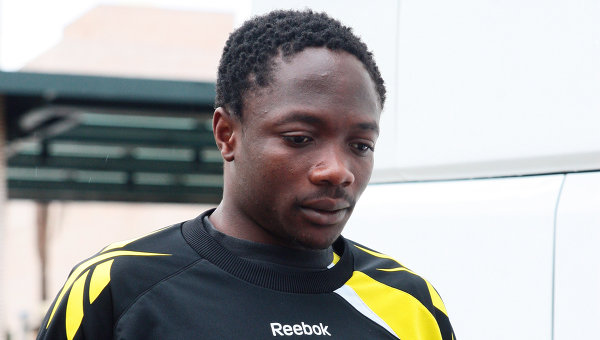 Some few days to the crucial encounter between Nigeria’s Super Eagles and Flames of Malawi, some dare-devil armed robbers have raided the home of fleet-footed forward, Ahmed Musa, in Jos on Wednesday night.

According to the CSKA Moscow player, the gunmen numbering about 10 stormed his house close to the Plateau State Government House in the highbrow Rayfield area of Jos few minutes past 11 in the night and carted away cash and valuables.

“Armed robbers went to my house in Jos and attacked my mother, they hit her on the head with gun, but I thank God she is okay. She was taken to the hospital after the robbery by my sister,” Musa said.

“I was told about 10 of them came, tied the security man. They actually came for my wife thinking she was still around as my mum said they asked after her. She went to Jos with my mother, but she has since returned to Kano.

“It was a pity such thing happened. I thank God they didn’t hurt anyone so badly. They stole money, LED TVs, mobile phones and other valuables,” he revealed just as he added that he is focused on weekend’s match.