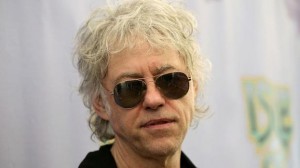 Bob Geldof is going into space as a passenger on a commercial flight.

The singer was offered the trip after his band, the Boomtown Rats, agreed to play a concert at a charity ball at the Natural History Museum, London, where seats on the flight will be auctioned off for good causes.

He said: “B eing the first Irishman in space is not only a fantastic honour but pretty mind-blowing…The First Rock Astronaut – Space Rat! Elvis may have left the building but Bob Geldof will have left the planet! Wild!

“Who would have thought it possible in my lifetime? I will be joined by a couple of fellow astronauts who will bid to participate in this extraordinary adventure on this amazing night.”

The flights, which are scheduled for 2015, will be auctioned at the high-society event next month along with a diamond-encrusted watch and a car ride with former Formula One drivers.