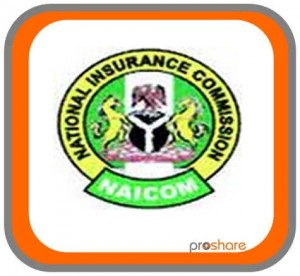 The federal government has disclosed that it will halt budgetary allocations to the National Insurance Commission (NAICOM) as from next year, admonishing the board and management to evolve innovative ways of boosting its Internally Generated Revenue (IGR).

The government also regretted low insurance penetration in the country, and called for a reversal to enable the insurance industry play a more effective and prominent role in the economy.

Speaking at the inauguration of the newly-constituted 11-member board of NAICOM in Abuja yesterday, Minister of State, Finance, Dr. Yerima Ngama, described insurance as a very big business, advising the new board to be firm and unyielding to any form of pressure in turning the industry around.

Ngama noted that there were many insurance companies dotting the nation’s landscape, urging the board to either liquidate those that are weak or source for investors with the capacity to take over and turn such companies around.

The minister noted that NAICOM was being strengthened with a new regulatory framework to reposition the industry for a more pivotal role in the economy.

He advised the board to emulate the development in the banking industry which currently has no distressed bank.

Ngama said a lot was expected from the board, assuring that the federal government was strengthening the legal framework to make the regulatory body more effective and responsive to the needs of the economy.

He said with the law, “the regulator can bark and bite,” urging the board to help the government put the law in place.

Earlier, the Coordinating Minister for the Economy and Minister of Finance, Dr. Ngozi Okonjo-Iweala, who inaugurated the board, regretted that due to low financial capacity, the nation’s insurance industry had yielded ground to offshore insurers.

She noted that the low capacity to cover high risk areas, including aviation (airlines), shipping, oil and gas, among others, had led to capital flight—a situation, she said, the government was desirous of reversing.

Okonjo-Iweala stated that the insurance industry played an important role in the capital market as well as the nation’s financial sector, and reminded the 11-member board chaired by a former Deputy Speaker of the House of Representatives, Mr. Chibudom Nwuche, that expectations from them were “very substantial.”

She told the board that it was not meant to be a rubber stamp, adding, “we’re expecting results.”

Responding on behalf of the board, Nwuche promised that a careful study of the industry would be undertaken, assuring that a visible difference would be noticed in the industry soon.