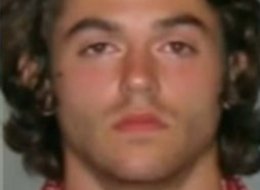 As realistic as “Grand Theft Auto” looks on a video screen, it wasn’t as interactive as Zachary Burgess hoped.

So Burgess allegedly decided to take matters into his own hands, by stealing a pickup truck, kidnapping a woman and crashing nine parked cars, all in an attempt to feel like a character in “Grand Theft Auto,” according to WDSU-TV.

The real-life crime spree took place early Saturday morning in Baton Rouge, La., when Burgess, a lacrosse player at Auburn University, was in town to see his team take on Louisiana State University in football.

Burgess, 20, was in the parking lot of a bar when the owner of a truck drove up and got out of the truck, leaving it running with a female passenger, Monique Jiarusso, inside.

At that point, the suspect got in the vehicle and attempted to flee the parking lot with the woman, according to Baton Rouge Police Cpl. Don Coppola.

“When he tried to flee the parking lot there were several cars blocking the way,” Cpl. Coppola told NBC33tv.com. “He began ramming into the parked cars.”

Burgess quickly abandoned the car a few yards from the crime scene and a group of witnesses held him until officers arrived.

The female passenger told police that Burgess “forcibly” held her captive in the truck, but she was able to jump out of the vehicle and get to safety, Coppola said.

When officers questioned Burgess, they say he explained his rationale for the alleged theft, kidnapping and attempted hit-and-runs.

“One of his statements was that, he wanted to see what it was to be a Grand Theft Auto individual, what it felt like,” said L’Jean McKneely with the Baton Rouge Police Department told KTRK-TV. “I guess to take a car and strike several vehicles at a high rate of speed.”

Burgess was arrested and charged with theft of a motor vehicle, nine counts of hit and run and simple kidnapping, WWMT-TV reported.

He was released Sunday after posting $80,000 bond, which Dumb As A Blog pointed out was a lot more expensive that simply playing “Grand Theft Auto” on a Playstation.