Greece’s austerity drive has cost public sector workers a privilege they have enjoyed for more than two decades – six extra days of paid holiday every year if they use a computer. 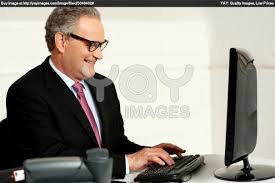 The decision to scrap the bonus was a “small, yet symbolic” step in modernizing an outdated civil service, said Kyriakos Mitsotakis, the administrative reform minister who has taken on the challenge of overhauling public institutions.

Bailed out twice by the euro zone and the IMF, Greece has started cancelling arcane benefits to cut state spending and reform a public sector widely seen as profligate and inefficient with a 600,000-strong workforce.

Allowances that have already gone include a bonus for showing up to work and one regulation letting unmarried daughters receive their dead father’s pension.

The ministerial decision giving a day off every two months to those who sat in front of a computer for more than five hours a day was taken on 12 June 1989, a week before Mitsotakis’s father Constantine won a general election.

“It belongs to another era. Today, in times of crisis, we cannot hold on to anachronistic privileges,” Mitsotakis said, according to a statement from his ministry on Friday.

Greece’s European Union and International Monetary Fund lenders have given Greece by the end of the year to place 25,000 public sector workers into a so-called “mobility pool”, meaning they will either be transferred to another department or fired. Half of those must be placed into the pool by end-September.