Man On Trial For Cocaine Smuggling Re-Arrested For Heroin Ingestion 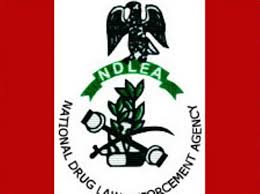 The National Drug Law Enforcement Agency (NDLEA) has arrested a man who has been facing trial for cocaine smuggling at a Lagos High Court for possession of heroin.

Nnaemeka Anayo, 36, was re-arrested at the Murtala Mohammed International Airport, Lagos, for testing positive to heroin ingestion during the inward screening of passengers on an Etihad flight from Pakistan, last weekend.

In a statement, Friday, the NDLEA said that Mr. Anayo excreted 1.802 kilogramme of the narcotic.

“Preliminary investigation indicated that the suspect excreted some of the drugs in the flight,” said the statement signed by Mitchell Ofoyeju, the agency’s Spokesperson.

Mr. Anayo was first arrested in August 2009 with 1.796 kilogrammes cocaine on his way from Brazil, the alleged crime for which he is still facing trial.

“It was also gathered that the suspect was recruited to smuggle drug for a fee of N4 million,” the NDLEA stated.

According to the agency, the suspect, in his confessional statement, blamed his involvement in drug trafficking on unemployment.

“I am long overdue to be married but I have no wife. I know what I did is bad but it is due to unemployment,” Mr. Anayo said in his statement.

“I was first arrested in 2009 when I went to Brazil to smuggle cocaine. When I came out on bail, there was no job for me to do.

“Although my case with the NDLEA is pending in court, I decided to try again hoping that I might be lucky.

“This time around they promised to pay me N4 million. My intention was to settle down because I want to be working rather than staying idle. I am still single at my age. It is not that I do not want to be married but there is no money and no job,” Mr. Anayo added.

The NDLEA said that Mr. Anayo excreted a total of 100 wraps of heroin.

“While searching his luggage, some wraps of the drug which he excreted on the flight were found on him,” the agency added.

“The agency will continue to press for stiffer penalties for drug trafficking,” Mr. Giade said.

“In criminal justice, unless punishment is certain and commensurate to the crime committed, offenders will always be attracted by the financial incentives, he added.