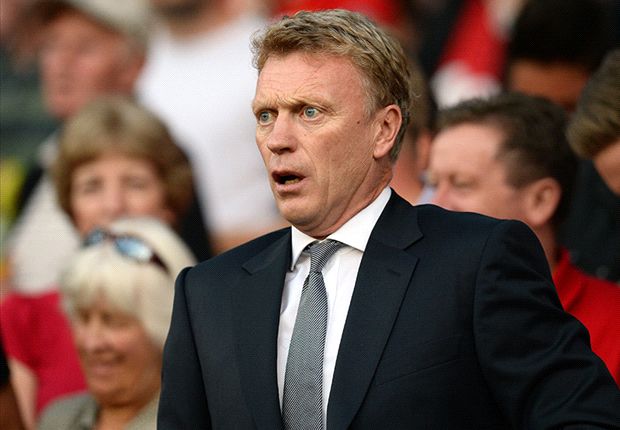 Manchester City showed no mercy towards the Scot at the Etihad Stadium, as two goals from Sergio Aguero and strikes from Yaya Toure and Samir Nasri wrapped up an emphatic victory.

It was a result which brought to mind memories of City’s stunning 6-1 triumph at Ferguson’s United at Old Trafford in October 2011, when Roberto Mancini’s men went on to lift the Premier League.

McQueen feels now would be a good time for Moyes to bend his predecessor’s ear about how best to rally his team, but remains confident United will be able to retain their title nonetheless.

“I will be surprised if he doesn’t seek out Sir Alex’s advice because he is there for things like that,” McQueen told Goal.

“Accepting advice is a strength, not a weakness. Sir Matt Busby was there for Fergie when he had a difficult start at United and you cannot turn your back on such a wealth of experience.

Nothing that has happened this season has changed my mind and I’m still confident United will retain their title and have a good run in the Champions League.

“There is a long way to go and I’ve seen the folly of having knee-jerk reactions at this stage of the season so many times before.”

McQueen thinks people have been too quick to write off United’s title chances following the defeat, though he admits much improvement is needed.

“People forget that United under Sir Alex lost at Everton on the first day of last season causing alarm bells to ring, but went on to comfortably win the league, and the season before lost 6-1 at home to City, so although it’s been a disappointing and difficult start, there is no need to panic,” he added.

“Of course, doubts will creep in because his team hasn’t performed against the big rivals, but he’ll get it right.

“Too many players have not been performing to their potential, and those players have got to take responsibility.

“We are kidding ourselves if we think that yesterday’s result was because we were without Robin van Persie. It will be like ‘castles in the sand’ if United fans believe the Dutchman would have made the difference.

“The problem is that United’s title rivals have raised their bar and United have struggled so far to do the same.”