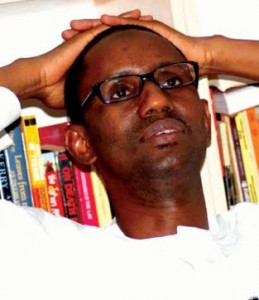 Chariman of Police Service Commission and former Inspector-General of Police, Mike Okiro, yesterday, reacted to allegations by former EFCC Chairman, Nuhu Ribadu, that he was behind two failed assassination attempts on his life and not Ibori, calling the former Presidential candidate a liar.

Ribadu, who was cross-examined by both the defence and prosecution at the hearing on confiscation of assets of former Delta State Governor, Chief James Ibori at the Southwark Crown Court, London, described the former IGP as “a despicable human being, the most corrupt police officer I have ever seen.” Continuing, he said, “He made my life hell. He withdrew my official car and police security.”

In a statement released in Abuja, Okiro stated that Ribadu’s allegation that he withdrew his official car and police security was far from the truth. “Nuhu Ribadu went on a course to National Institute for Policy and Strategic Studies, NIPSS. He was not posted out of EFCC. His Deputy, Ibrahim Lamorde was acting and holding forth. The vehicle(s) he was using belonged to EFCC where he was Chairman for about six years and could not have been withdrawn by the Police. The policemen he used as his security were those posted permanently to EFCC.

“I was angry that a serving Assistant Inspector-General of Police or even any AIG at all or a VIP, for that matter, was shot at and I was not briefed. I called him several times to give me details but he refused to pick my calls. I then sent signals to Commissioners of Police (CP) FCT Abuja, Nasarawa, Kaduna and Plateau, the likely state commands where the incident could have taken place.

“They all replied that no such incident in their commands. Since I could not reach him I addressed a press conference where I stated that his claim of attack was false. I took that advantage also to ask him publicly to come up with details of the day and time and where the incident took place. Nuhu Ribadu never came up as directed. For him to turn round now and say that I was involved “in attempts to assassinate him” demonstrated the double speak for which he is shamefully known. Lies, lies and lies. He was an Assistant Inspector-General of Police under me. Why must I want to assassinate a subordinate officer?”

Reacting to Ribadu’s assertion that he was present when James Ibori nominated him to be IGP, Okiro stated that he was appointed on merit and seniority.

“Two years ago, after my retirement, Nuhu Ribadu told some of his friends that he did not obey my instructions and directives when I was IGP because he had been pencilled to take over as IGP from IGP Sunday Ehindero and he had been factored and positioned for the office when I came and usurped it, as if I appointed myself IGP or as if he himself is God to determine the course of nature. He claimed that he regarded me as an interloper who took the position reserved for him and so despised me and whatever I stood for.”

In reaction to Ribadu’s allegation that he was the most corrupt police officer he had ever seen, Okiro challenged the former EFCC boss to come up with evidence to prove his allegations of corruption.

Describing Ribadu as “an inveterate liar”, Okiro wondered why he should denigrate his senior in such manner asserting that it shows he was ‘indisciplined.’