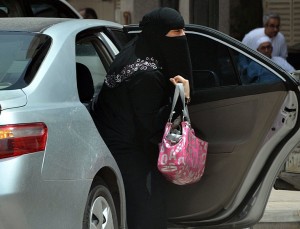 A conservative Saudi Arabian cleric has said women who drive risk damaging their ovaries and bearing children with clinical problems, countering activists who are trying to end the Islamic kingdom’s male-only driving rules.

A campaign calling for women to defy the ban in a protest drive on October 26 has spread rapidly online over the past week and gained support from some prominent women activists. On Sunday, the campaign’s website was blocked inside the kingdom.

In an interview published on Friday on the website sabq.org, Sheikh Saleh bin Saad al-Lohaidan said women aiming to overturn the ban on driving should put “reason ahead of their hearts, emotions and passions”.

Reuters earlier wrongly identified him as Sheikh Saleh bin Mohammed al-Lohaidan, a member of the Senior Council of Scholars, one of the top religious bodies in the birthplace of Islam.

By contrast, Sheikh Saleh bin Saad al-Lohaidan, the person quoted in the sabq.org report, is a judicial adviser to an association of Gulf psychologists.

His comments reflect the extent of opposition to women driving among some conservatives in Saudi Arabia.

“If a woman drives a car, not out of pure necessity, that could have negative physiological impacts as functional and physiological medical studies show that it automatically affects the ovaries and pushes the pelvis upwards,” he told Sabq.

“That is why we find those who regularly drive have children with clinical problems of varying degrees,” he said.

He did not cite specific medical studies to support his arguments.

The ban on women driving is not backed by a specific law, but only men are granted driving licenses. Women can be fined for driving without a license but have also been detained and put on trial in the past on charges of political protest.

Sheikh Abdulatif Al al-Sheikh, the head of the morality police, told Reuters a week ago that there was no text in the documents making up sharia, or Islamic law, that barred women from driving.

King Abdullah has pushed some cautious reforms aimed at expanding women’s freedoms in Saudi Arabia, including opening more employment opportunities for them, but he has not addressed the issue of driving.