If you pull a butt-muscle while twérking during your lunch break, do you get twérker’s comp?

It didn’t matter to 358 New Yorkers who on Wednesday helped set the Guinness World Record for most people simultaneously twérking. Big Freedia — a hip hop artist known for her bóóty poppin’ videos — created the event to promote her upcoming show on Fuse TV, “Big Freedia: Queen of Bounce.”

Yes, Guinness has officially recognized butt-wiggling as a legitimate world record. On Wednesday, a Guinness official spelled out the rules before all 358 twérkers shook what their mommas gave them for two straight minutes. A minimum of 250 people was required to set the record.

The Guinness rules for twérking are as follows:

Even those with amateur ass skills at the event could twérk better than Miley Cyrus. Hannah, 26, and her boss, Patrick Dobens, 24, took a lunch break for the world record attempt.

“We practiced at the office a bit, but this is really my first time twérking,” Hannah, who declined to give her last name, told HuffPost Weird News. “I was wrecking that ball, but I think I was working on style too much and trying to get nasty with it. I think that took away from the overall quality of my twérk.”

It may have been Joan Wind, 73, who stole the show. The Manhattan senior stopped shopping at Macy’s so she could try her tush at twérking, which she’d practiced in the mirror before .

“Two or three years ago I saw it but I didn’t think I could do it,” Wind said. “Then I tried it at home in the mirror in the bedroom. And I said, ‘Oh, it’s shaking very good.'” 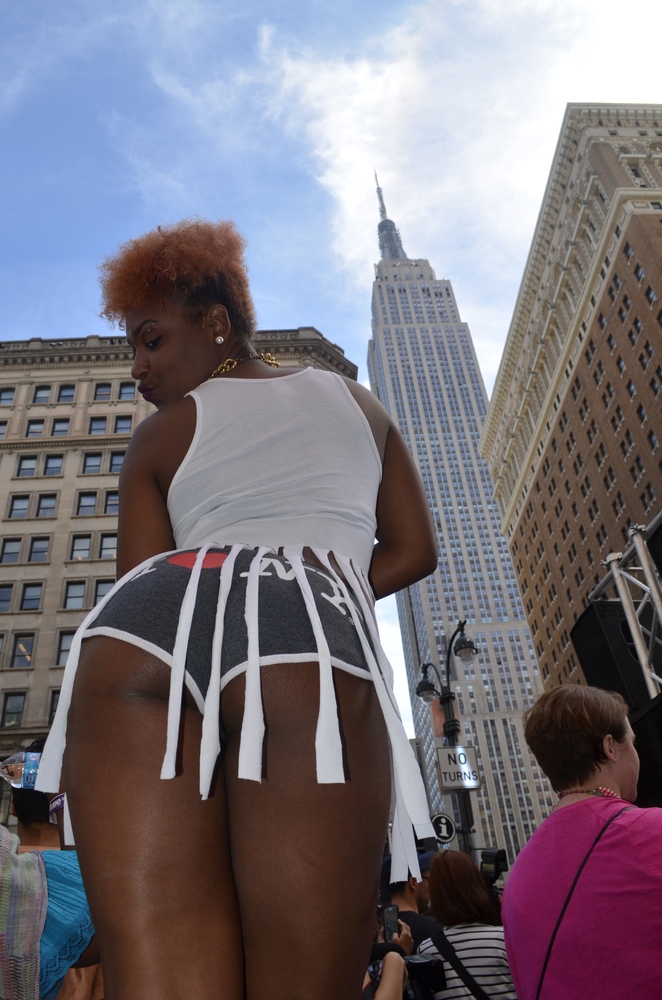 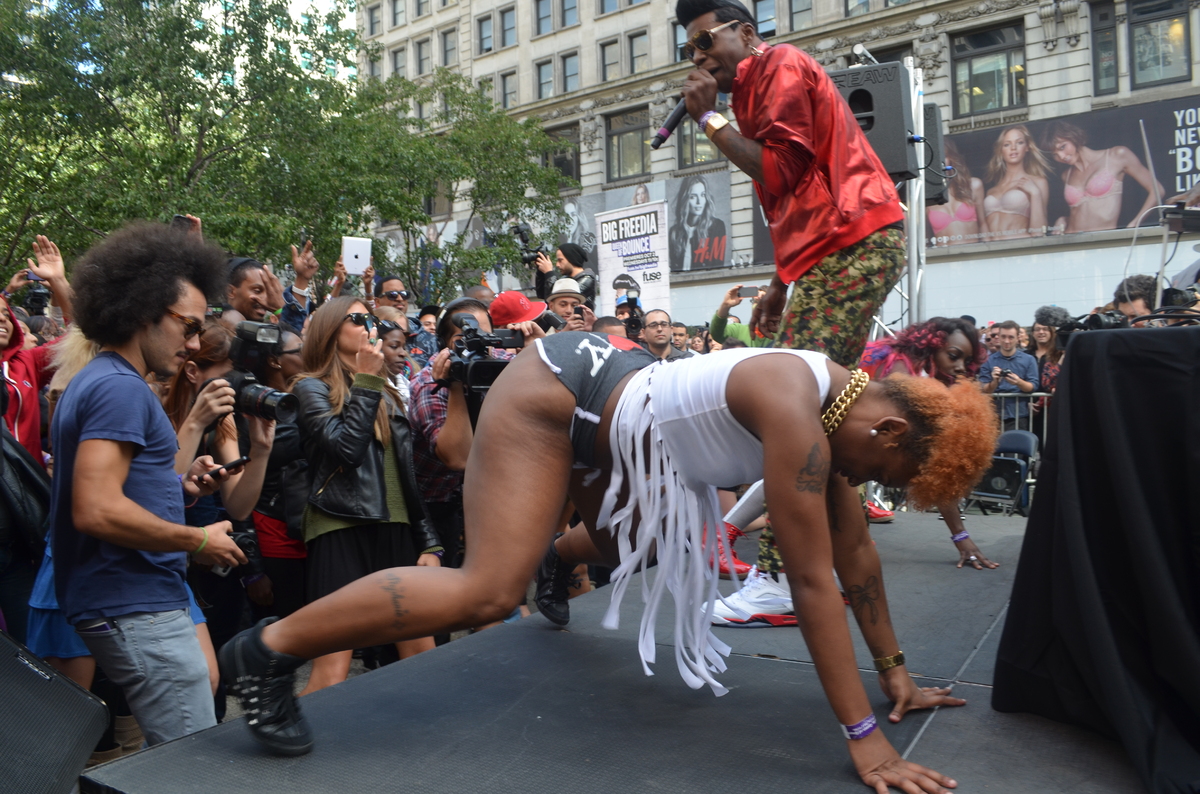 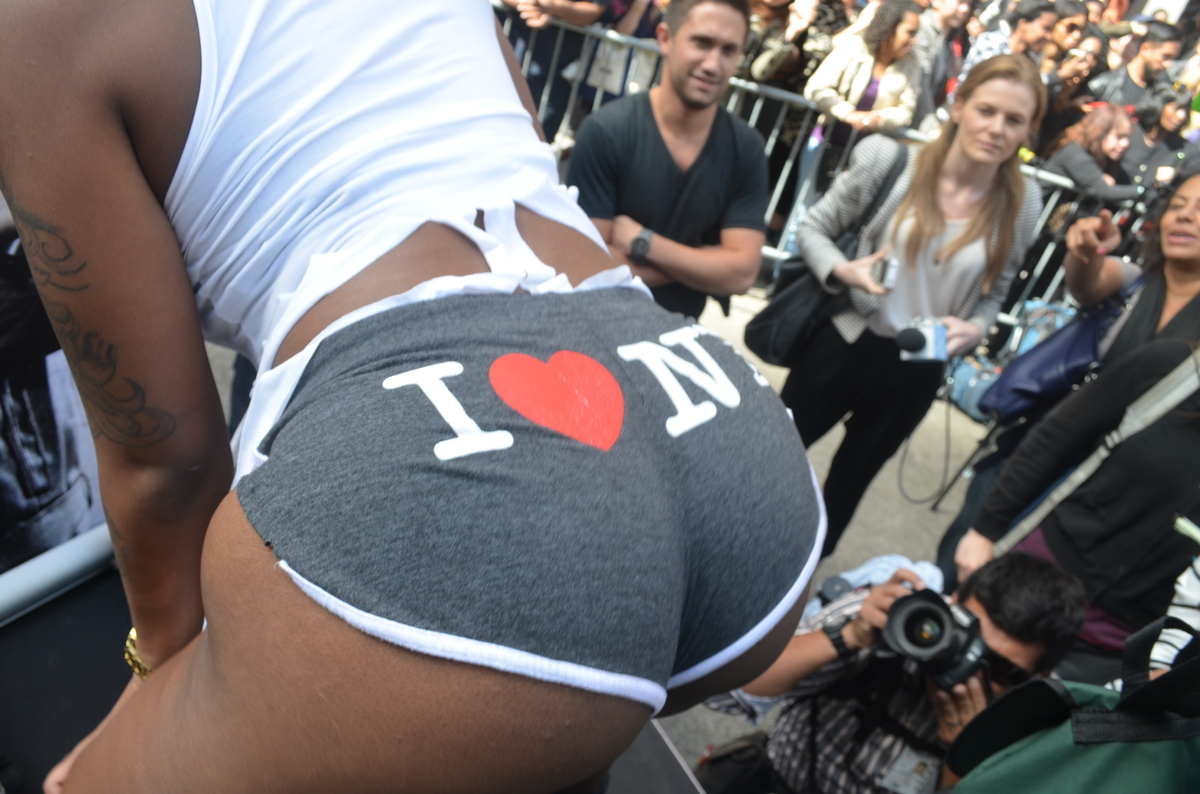 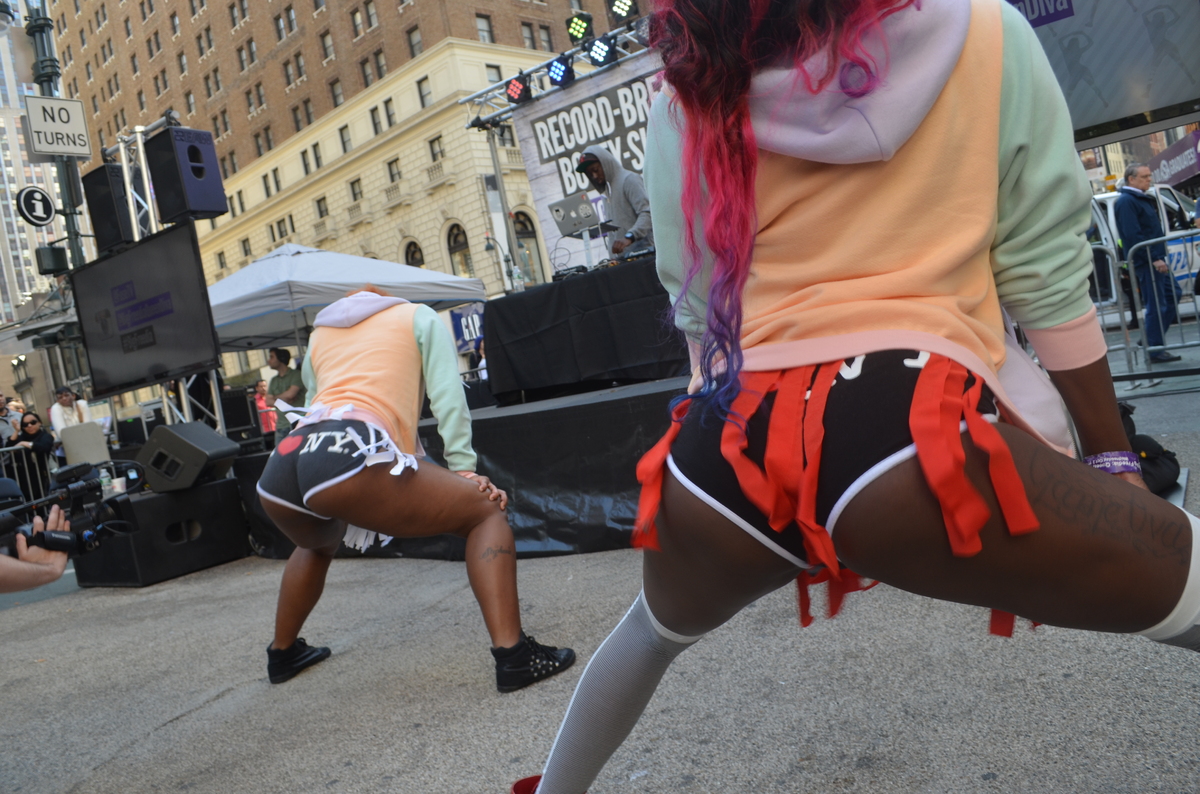 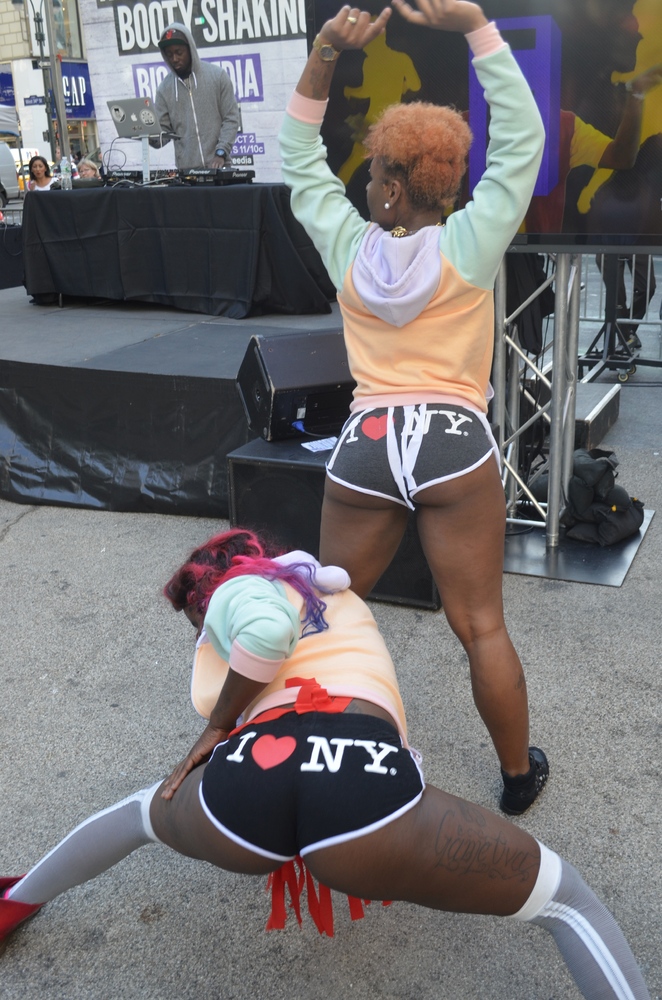 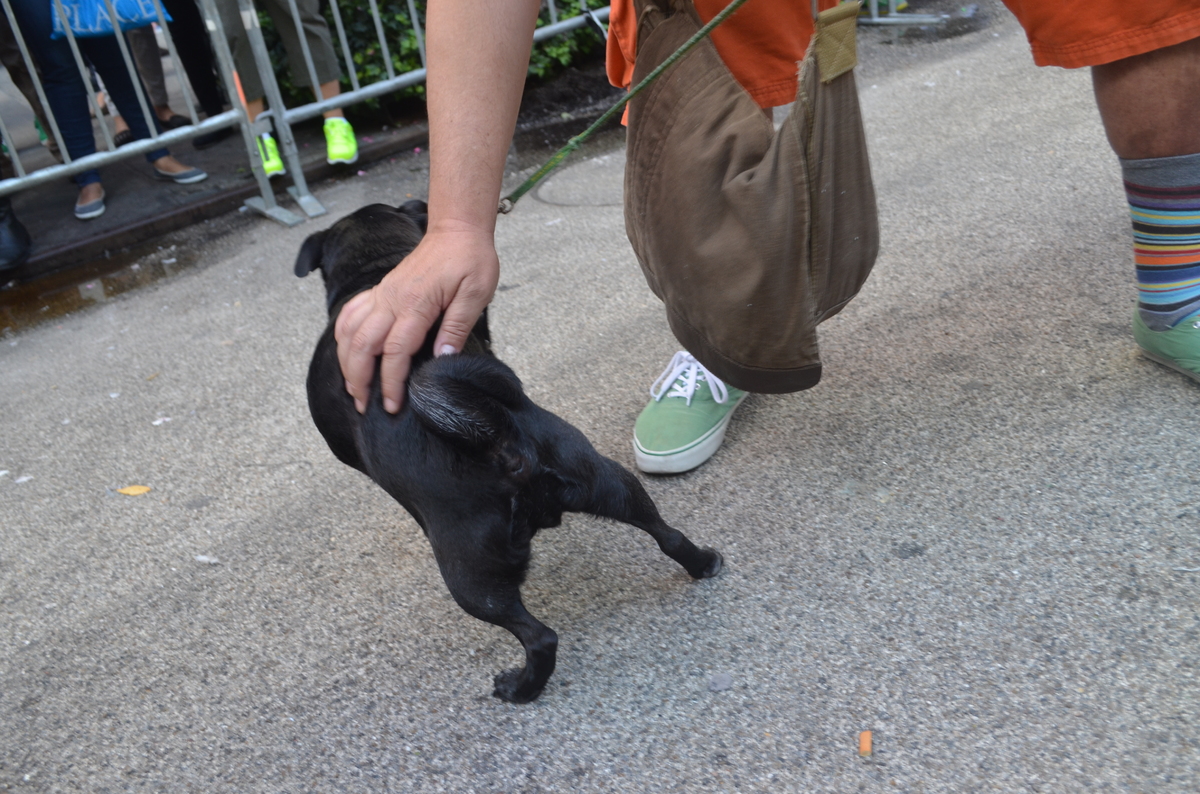 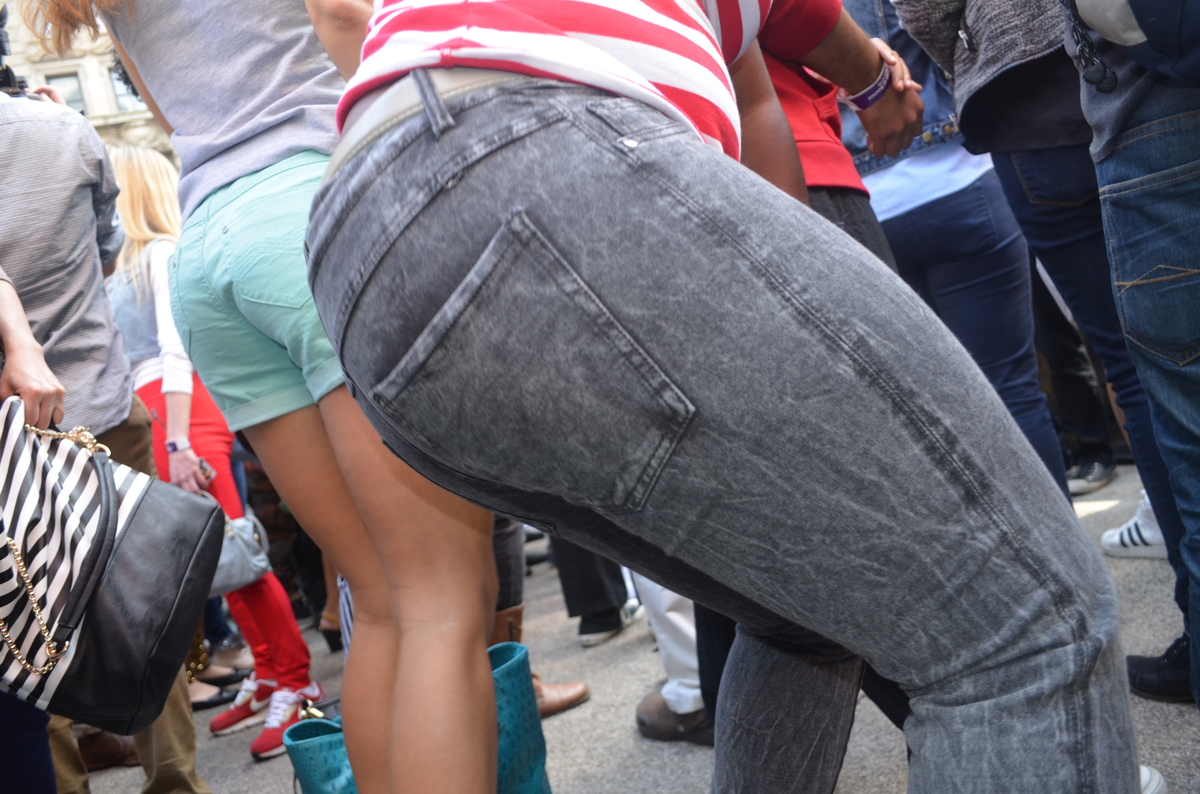 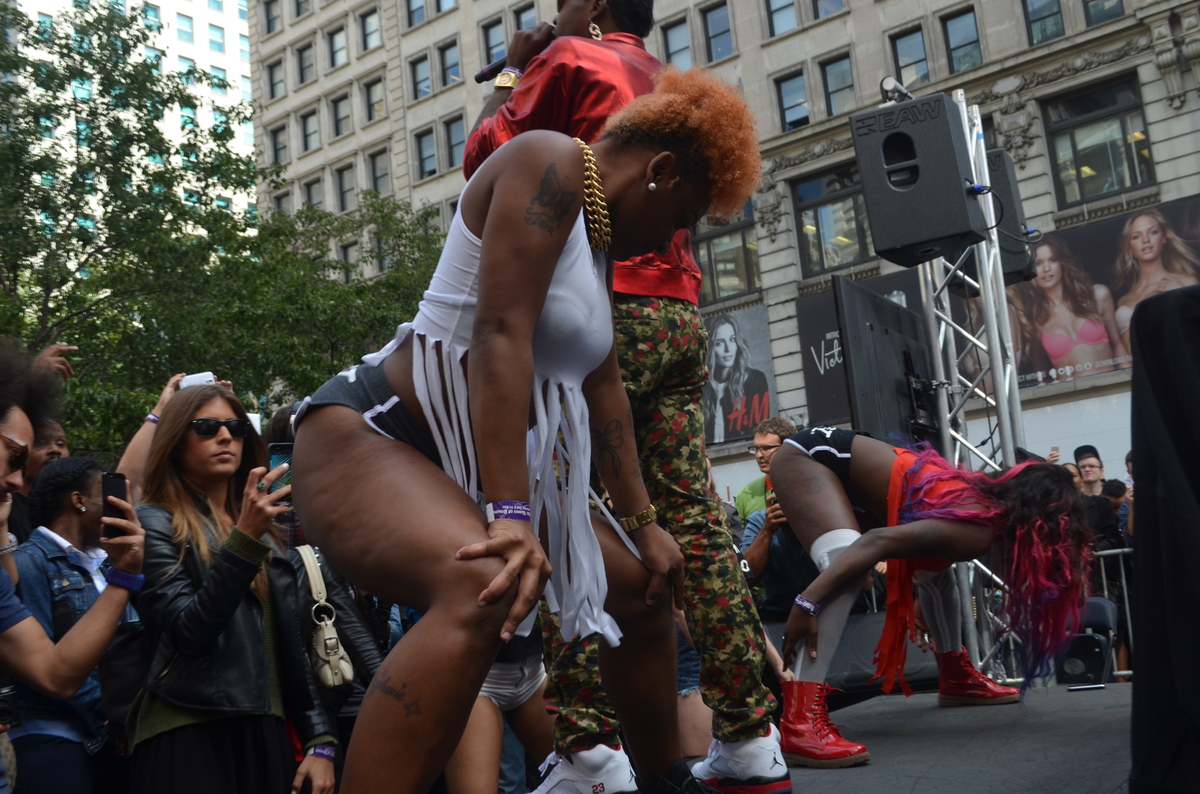 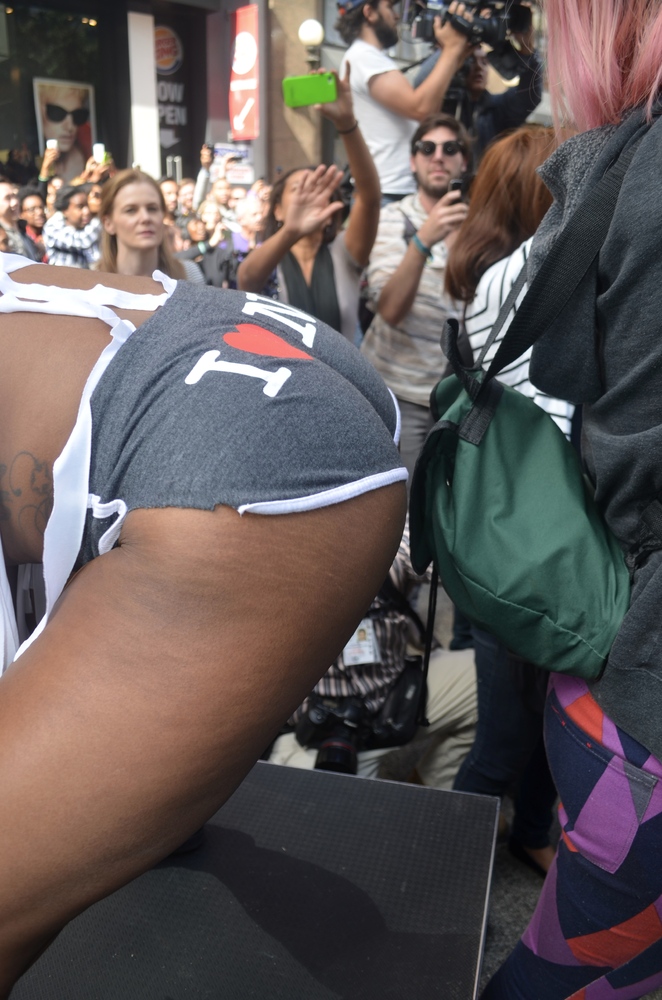 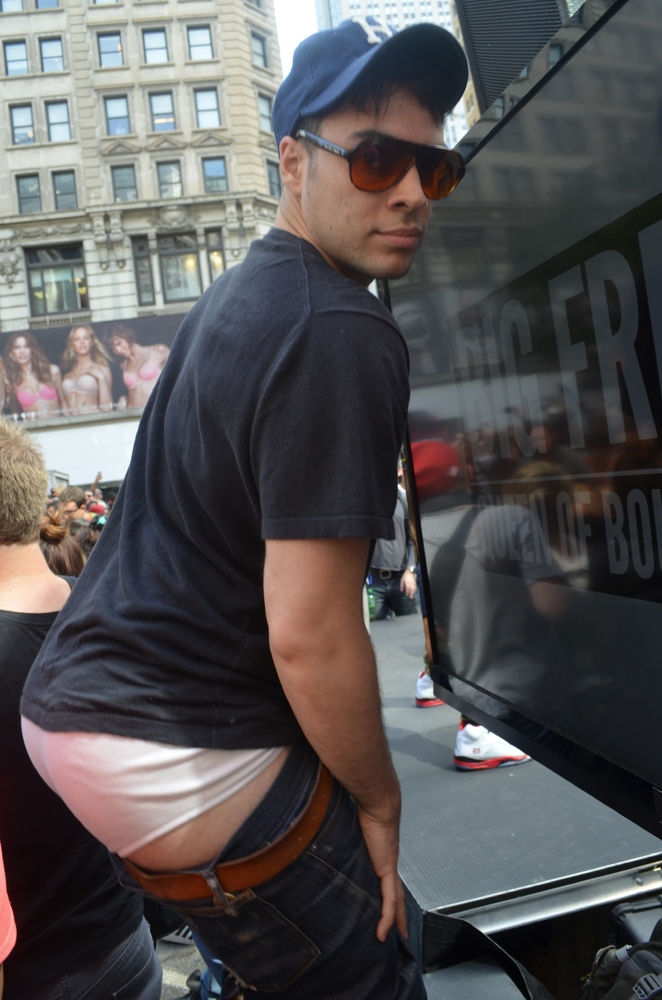 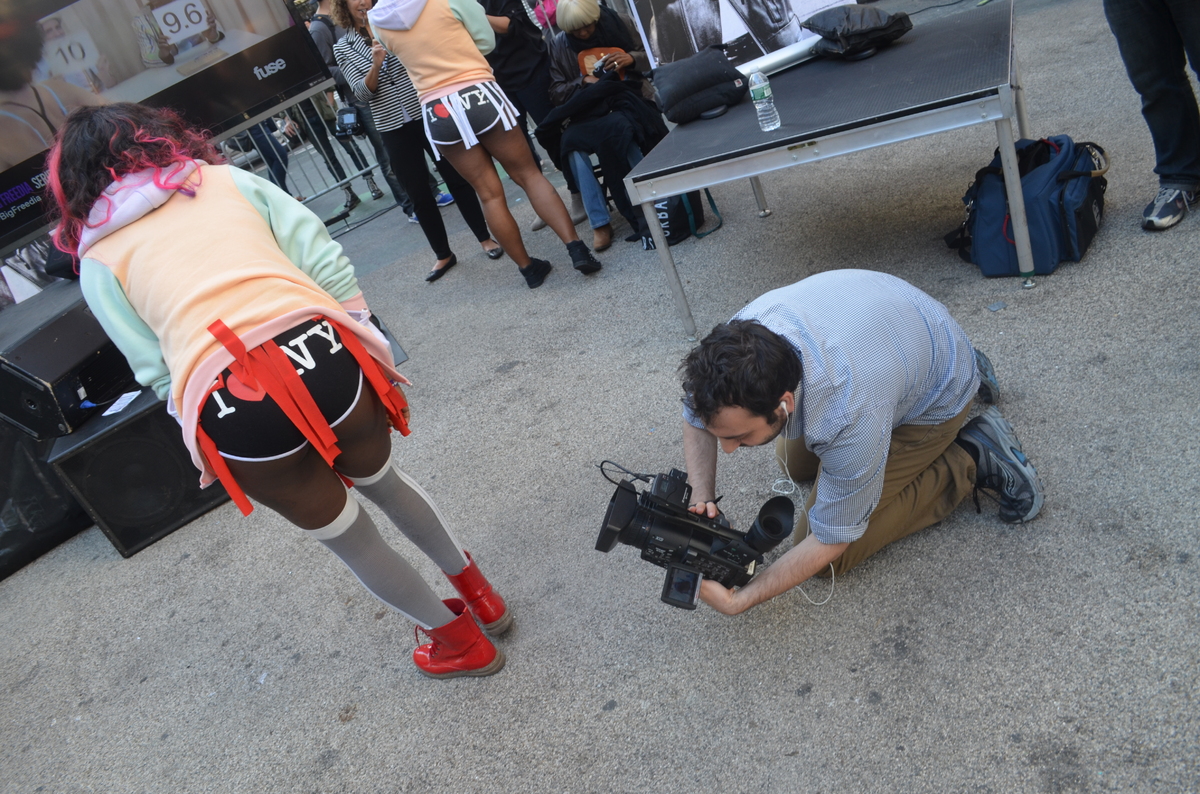