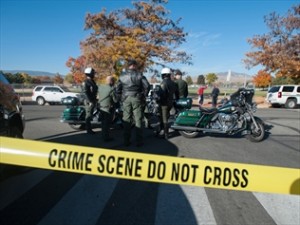 Police say a middle school boy used a semi-automatic handgun to wound two students and kill a maths teacher before turning the weapon on himself in the US state of Nevada.

The shooting occurred about 15 minutes before the opening bell at Sparks Middle School in Reno on Monday. The student’s name wasn’t released and his motive for the shooting wasn’t known.

Teacher Michael Landsberry was being hailed as a hero for trying to protect children from their gun-wielding classmate outside the school. Twenty to 30 horrified students witnessed the shooting as they returned to classes from a week-long fall break.

“The one deceased is a staff member of the school,” Washoe County School District police chief Mike Mieras told reporters, adding: “The other deceased individual at this point in time appears to be a student-slash-suspect in this case.” 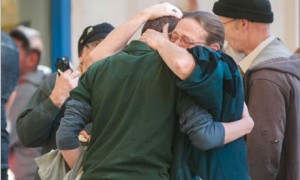 Authorities have not released details on the shooter’s identity, his motive or how he died.

“In my estimation, he is a hero. … We do know he was trying to intervene,” Reno deputy police chief Tom Robinson said.

Landsberry was a military veteran who leaves behind a wife and two stepdaughters, said his sister-in-law, Chanda Landsberry. She said she wasn’t surprised he stepped in to stop the rampage.

The medical centre said later their conditions had improved, with one victim listed as being in serious condition and the other in fair condition.

Sparks police and school officials said at a press briefing the incident was tragic but isolated.

Governor of Nevada, Brian Sandoval said he was “deeply saddened to learn of the horrific shooting at Sparks Middle School this morning.

“My administration is receiving regular updates and the Nevada Highway Patrol is assisting at the scene,” he added.

In a separate gun-related incident in the state on Monday, one man was killed and three guards shot and injured at a Las Vegas nightclub, police said.

A man paid to enter Drai’s nightclub in Bally’s casino on the gambling city’s famed Strip in the early morning hours, but a short time later asked for his money back.

A fight broke out, during which three security guards were injured, and a patron who tried to help subdue the gunman was killed, according to Las Vegas Metropolitan Police Department spokesman John Sheahan.

The latest shootings will inevitably fuel America’s perennial debate about gun control, reignited in traumatic fashion by last December’s massacre at a school in Newtown, Connecticut, which killed 26 – including 20 young children.[NL]