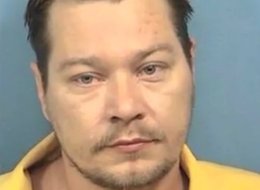 Illinois Judge Robert Kleeman agrees, which is why he sentenced David Hritz to 90 days in jail for fatally stabbing his pet bird and for beating his former roommate as well.

Hritz, 40, was found guilty in July of of two counts of domestic battery and one count of aggravated cruelty to animals stemming for an incident in Aug. 25, 2012, where he repeatedly struck his roommate, Nicole Filippis, with his fists, WLS-TV reported.

Then, at the height of his anger, he flung his cockatiel, Tootsie, against the wall and stabbed it with a pocketknife, the New York Daily News reported.

“Mr. Hritz’s anger got the best of him,” State’s Attorney Robert Berlin said in court. “Because Mr. Hritz could not control his anger, he must spend the next 90 days behind bars.”

During the trial, Hritz told the court his roommate had been beaten by an unknown intruder. He also claimed that Tootsie was already dead and he merely cut up the bird so he could feed it to his pet snakes.

The judge rejected the defense as “absurd,” according to the Chicago Daily Herald.

Hritz will also serve two years probation and cannot own a pet during that time, the Chicago Tribune reported.