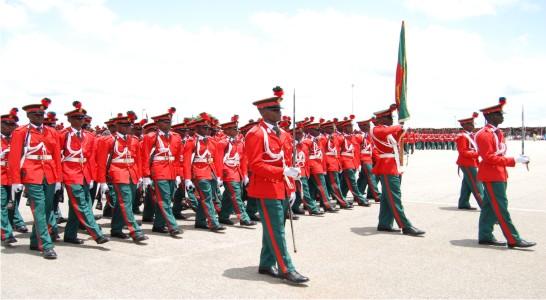 The Supreme Council for Sharia in Nigeria (SCSN) and the Council of Imams and Ulama (CIU) in Kaduna State have raised the alarm over what they called continuous lopsidedness and marginalization of Muslims in the recruitment of applicants into the prestigious Nigerian Defence Academy (NDA).

The two bodies presented their positions at a joint press briefing organized by the SCSN Chairman, Sheik Zubairu Surajo and the CIU Chairman, Sheik Usman Abubakar Babantine in Kaduna yesterday in apparent response to the recent publication of 65th regular intake recruits into the NDA.

“The recent recruitment of cadets into the Nigerian Defence Academy (NDA) in the Daily Trust of 23rd August, 2013 was a shocking and unbelievable trend that no responsible community will accept that. The result clearly shows that Muslims of Nigeria were systematically marginalized, a plan we foreseen intends to gradually get rid of our Muslims youth from the Armed Forces and other security agencies in Nigeria.

“This continuous lopsidedness and marginalization despite the greater number of Muslim in Nigeria in favour of minorities will no longer be accepted henceforth. The Muslims in Kaduna State in particular deserve an explanation on why out of the eleven candidates enroll into NDA this year only two Muslims were admitted,” they said.

The SCSN and CIU tasked the NDA headquarters and other agencies saddled with the responsibility of recruitment on the need to ensure justice and immediately rectify the situation, adding that “we are also calling on the National Assembly to as a matter of urgency examine the recent result of the newly admitted cadet into the NDA and similar institutions with a view to ensuring justice to all.”

On the recurrent crises in Kafanchan, Jema’a Local Government Area of Kaduna State, the Muslim groups maintained that the failure of past administrations in the state to apprehend and prosecute criminal elements in Kafanchan, Zonkwa and Zangon Kataf all in the southern parts of the state gave rise to the continuous despicable activities in the area.

They also pointed out that Muslims in Kaduna State had sacrificed a lot since 1987, saying that “the victims are still taking refuge at the Muslim hajj camp Mando, Kaduna and many other places. The state government should intensify efforts to resettle and rehabilitate the victims without further delay.”