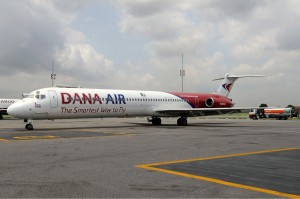 For instance a 55-minutes flight from Lagos to Abuja attracted between N22, 000 and N26, 000 in the economy class depending on how early a prospective passenger bought the ticket. Before the clampdown on Dana Airlines, the tickets were sold for between N18, 000 and N20, 000.

As it is, it seems flying Dana is more pocket friendly, and Dana’s pricing had forced other operators to reduce airfares in order to be able to compete well. Dana’s suspension may have opened the door to making more money, as operators were said to now be using using the opportunity of the crisis in the industry to exploit hapless travellers.

Aviation Minister, Princess Stella Oduah had explained that Dana Air was suspended due to operational issues.

Travellers can breathe easy as Dana may be allowed to continue its operations as soon at the issues highlighted by the regulatory agencies are addressed.