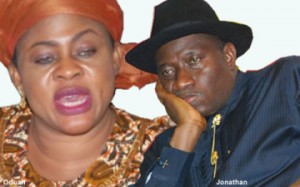 Speaking, yesterday, in Warri,, Delta State, Etoromi urged the President to ignore calls for the removal of the minister over the controversy, adding that what she did was legal.

“You know very well that the Aviation Minister is behind the effective Neighbour-to-Neighbour.

“Now that the 2015 general elections are around the corner, some unpatriotic elements in the country are trying to rubbish the hardworking minister, who has upgraded our airports to international standard.

“President Jonathan should know that he is the main target of those raising issue over the purchase of the operational vehicles.

“They want to rubbish the Aviation Minister to get at the President and I want to appeal to the President to ignore these calls for her removal. President Jonathan should not sack her.

“What those calling for her removal are doing is against national interest. No law was breached as a result of the purchase of the cars. Her action was borne out of her passion for the Aviation Ministry. Her good measure should not be condemned. Those attacking her have hidden agenda.

“What they are doing is wrong. They should not destroy the reputation that Nigeria has gained in the international world. The Nigeria airspace is one of the safest airspace in the world, according to Nigerian Airspace Management Agency, NAMA.

“If regulations are there and people are not complying and the effects are now showing, it is not the minister’s fault. Is it the minister that flies these planes? The regulations that are there have helped to develop the air space and they are better,” he said.