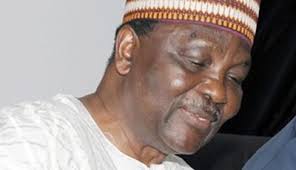 Former Head of State, General Yakubu Gowon (Rtd) has hailed the unity of purpose among Muslims and Christians towards restoring peace in the troubled North East region of the country.

He also expressed optimism that the insurgency problem posed by the activities of Boko Haram will soon become a thing of the past.

The former military ruler, who was in Adamawa State for the centenary celebration of the Lutheran Church of Christ in Nigeria (LCCN), said that he was pleased with the determination of adherents of the two major religions in the country to compliment government’s effort towards tackling the insecurity problem with prayers and show of goodwill.

He declared that the war against insurgency would be won since the faithful among Nigerians have identified a common enemy in those who unleash mayhem and terror on innocent people, saying Nigeria will now witness peace and tranquility.

His words, “Everyone who wants to cause confusion in the country will be surely brought down by the government, peace loving Nigerians and our prayer warriors from both the two major religions who have embarked on an extensive prayer sessions for the security of the country”.

Mr. Gowon, who is the founder of Nigeria Prays, a non-denominational religious group, called on the people of Northern Nigeria specially those residing in the North East, where the activities of insurgents have been prevalent, to be optimistic and contribute towards the restoration of peace, adding that other parts of the country had similar security challenges in the past and have overcome them.