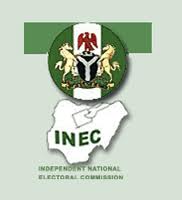 Senator Akume also called on people of the Senatorial District to come out en masse and vote for the All Progressives Congress (APC) candidate in the by-election, Olorogun O’tega Emerho, who he described as “the right man for the job.”

Senator Akume, who made this known n a statement issued in Abuja by his Media Assistant, Mrs. Beckie Orpin, said following the massive irregularities that marred the 2011 polls, it was important for INEC to get it right this time around so as to restore confidence in the nation’s electoral system.

The Senator said the conduct of credible polls was a democratic emergency, particularly as Nigerians and petitioners have come to the painful realization that the courts and tribunals cannot be relied upon to redress matters of electoral fraud perpetrated during elections.

The statement, therefore, urged the INEC Chairman, Prof. Attahiru Jega to rise above board, and prove that the “Giant of Africa does not have clay feet when it comes to electoral matters or that Africa’s largest democracy is incapable of meeting the minimum standards of credible elections.”

The statement reads in part: “The much-talked about Transformation Agenda must also transform the INEC and the reforms being trumpeted in government circles must reach Attahiru Jega’s INEC, and evidently so. Let votes count.

“Let neither INEC officials nor security agents become parties in this election. It is not too good that the Giant of Africa is giving electoral support to smaller African countries like Sierra Leone, but cannot herself hold commendable polls. The INEC must move from rhetoric to performance.

“The INEC must take a cue from smaller countries like Mali, Ghana, Sierra Leone as well as South Africa, and begin to discharge its mandate as an impartial umpire. It is less than wonderful that after every election, the INEC engages in self-congratulations, while other parties, save the supposed winners, head for court.

“And the Federal Government should also know that the acceptability of an electoral process or the stability of the polity does not lie in the intensity of the official propaganda or in militarization of the polity before and after elections; they depend on the free, fair, transparent and credible conduct of the exercise itself. Today’s exercise offers us that possibility!”

It would be recalled that the Delta Central Senatorial seat was left vacant following the sudden death of Senator Pius Ewherido of the Democratic People’s Party (DPP) in June, 2013.