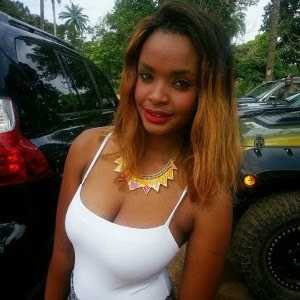 A venture that is believed to have gulped several millions from the State’s pocket.

But no be today now, Governor Oshiomhole is a man rumored by many to been engulfed in several sex scandals with teenage girls.

Dr. Iroh is of the opinion that the likes of Governors Oshiomhole, Fashola and Dickson who spent quite a fortune on the same ventures should be wiser than their actions and shouldn’t sponsor such dirty obsession with the states purse.

Meanwhile several other Nigerian’s are also expressing bitterness over Dillish’s braless attire to the dinner with the Governor that evening. They believe is there is more to the story