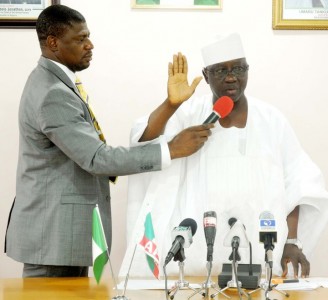 Notice of the pardon is contained in a statement issued by the state Attorney General and Commissioner for Justice, Innocent Lagi, in Lafia.

The statement quoted the attorney general as saying the inmates were freed from the Lafia, Nasarawa and Wamba prisons respectively.

Lagi noted that the government pardon was in accordance with Section 212 of the 1999 Constitution of the Federal Republic of Nigeria as amended.

He said the pardoned inmates are: Yanda Oka released from Lafia Prison, while Abdullahi Abubakar and Kande Ademola released from Nasarawa Prison and Wamba Prison respectively.

The commissioner for justice added that the decision was part of Gov. Umaru Al-Makura’s determination to decongest prisons in the state.