Nollywood diva, Stella Damasus has shown that apart from acting, she is also a good social crusader. 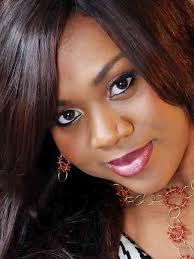 Following the celebration of the nation’s 53rd independence anniversary last Tuesday, the actress descended heavily on sycophants and boot-lickers who are giving false impression that all is well with the country after 53 years of achieving self rule.

Reacting to series of ‘deceiving comments’ that preceded the independence anniversary,the actress bemoaned the deteriorating state of things in the country.

Writing on her facebook page, Damasus said “I have been reading different versions of congratulatory messages to celebrate Nigeria. Even from people who a few days ago wrote negative and derogatory things about our dear country.

These same folks have been pissed off about the ASUU strike, the almost six hundred people who came into America as entourage with the presidency for the United Nations conference and how much was spent, the unresolved Boko Haram issue, the underage marriage and the deliberate silence from the senate and so many other things they are unhappy about.

But as the hypocrites we all are, we find the need to go on social media just to be seen as relevant. We start to use different apps to create beautiful pictures of Nigeria including our pictures to say happy independence. If it ended there I will not mind because we cannot change the event nor the date.

But when some people who want to sound intelligent start to say things like Nigeria is the most industrious, courageous and safest country, Nigeria is an example to the whole world because we are the giants and so many other things I personally consider to be eye service, it baffles me.”

“Instead of sitting and lying about the country you claim you love, why don’t you say happy independence and then go ahead to proffer solutions that you believe will help the country to be the place we all believe it can and should be, the place our parents described to us, the place blessed with so much that other countries will do anything to be like us.”