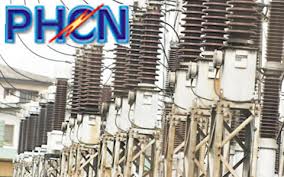 The four northern states of Kaduna, Sokoto, Kebbi and Zamfara were yesterday thrown into total darkness following the shutdown of the Mando Transmission Power Plant in Kaduna State by employees of the Power Holding Company of Nigeria (PHCN).

The Mando Transmission power plant distributes electricity to all the four northern states in Kaduna zone and its shutdown yesterday grinded a lot of commercial activities to a halt.

It was learnt that the PHCN workers did not only shutdown the power transmission plant, but also closed down all PHCN offices across the four states in protest of the federal government’s inability to pay the workers their final entitlements.

They also reiterated their threat to shut down all power stations across the country if the federal government fails to respect the mutual agreements reached by relevant bodies, and effect payment of their severance benefits.

The workers, who gathered under the auspices of National Union of Electricity Employers (NUEE), also warned the so-called investors to stay away from all PHCN installations until their entitlements are completely paid to the last kobo as earlier agreed.

In a prayer session organized against all obstacles to the payment of their entitlements at the headquarters of the Kaduna Electricity Distribution Company (KEDC) yesterday, NUEE said they remained resolute in their demands and will not hesitate to go the extra mile to press home their demands.

The national vice president of the electricity workers union, Comrade Sikanta Ali Mishelin, who addressed journalists at the commencement of the prayer session, said they decided to go spiritual to seek divine intervention in their case.

“We are holding this prayer session to pray against all those standing against the payment of our entitlements, because the federal government has continued to tell Nigerians lies that our monies have been paid. I want to tell you that such statement is not true; not a single soul can say he has been paid.

“There is no force whatsoever that can intimidate us; we are still going to converge here tomorrow (today) to be addressed by our national leaders on the way forward; in this fight there is no going back,” he stressed.

Other workers, who chanted choruses in unison said, “God will judge this government for what they are making us pass through; Jonathan’s government does not respect agreement”, among other statements.

Speaking in the same vein, NUEE Zonal Secretary, North, Comrade Joseph Ishaya, said it was important for the workers to shut down all PHCN installations and remain at home until their entitlements were fully paid.

“How can the federal government take over PHCN when workers from Kaduna distribution zone have not received any money? This is why we directed our members to shut down all transmission stations, offices and remain at home and wait until their entitlements are paid”.