Some police inspectors and rank and file from the Imo State Police Command have threatened to go on strike over their redeployment to some violence-prone states in the North. 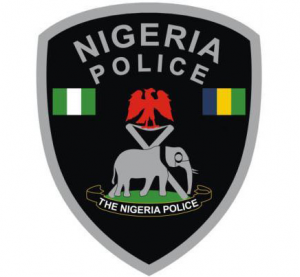 The aggrieved policemen who met in Benin, the Edo State capital, said they would start the strike in November.

But the Force headquarters has said that the redeployment will not be revisited or changed and warned the affected officers against blackmailing the police authorities.

The Force Public Relations Officer, Frank Mba, who was reacting to the threat of a strike by some policemen in Imo State Police Command, said that the Nigeria Police Force was a national organisation where police personnel could be deployed to serve in any part of the country.

Mba, who spoke over the phone on Wednesday, described the reported threat by the policemen as a rumour, adding that the same rumour was peddled when some policemen were transferred out of Lagos.

Some policemen that were redeployed to some northern states had threatened to embark on strike in November if their demands were  not addressed.

The officers alleged that their transfer which they described as punitive, was masterminded by the Imo State Commissioner of Police, Mr. Muhammad Katsina, adding that some of them had stagnated on a rank for many years without promotion.

But Mba faulted the position of the protesting officers. He said that they could not choose where they would serve, noting that the policemen in the North had as much right as those in Imo State to serve in any part of the country.

“The Nigeria Police Force is a national police, not a state civil service or a state police force. The implication is that you can be asked to serve in any part of the country, and as a police officer, you don’t have the right to choose where to serve or when to serve. It is a call to service. The benefits of being a police officer comes with the burden of discharging the responsibilities attached to being an officer and you can’t choose the benefits and reject the responsibilities,” he said.