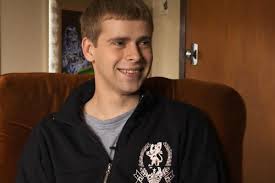 A 24-year-old man who has spent the last three years attempting to lose his virginity admits the experience has been hard and that at times he thought about pulling out.

Stepanov didn’t get the media attention of his female counterpart, Brazilian college student Catarina Migliorini, but he’s now discussing why he decided to take the counter-intuitive approach of using a massively publicized online virginity auction to combat his social anxiety.

One of the reasons Stepanov signed on to the project was the hope it would help him get rid of his social anxiety. He said it was so severe that it prevented him from attending college classes, NYMag.com reported.

He admits that putting himself in such a public forum isn’t the typical way to combat one’s social fears.

“The idea of auctioning my virginity is a strange thing and it’s very controversial, but I tried to block myself from thinking about it,” he told Fairfax Media. “I tried to concentrate on the project and see what it brings me because, at the end of the day, I thought, ‘I’m just going to do the thing and when it’s going to be too hard, I’m just going to pull out.'”

Social anxiety or not, Stepanov clearly has a knack for double-entendres.

Migliorini was allegedly offered $780,000 for her virginity by a Japanese businessman known only as “Natsu,” but Stepanov was only offer a paltry $2,600 from an Australian woman named “Kasandra Darlinghurst.”

He turned down a $3,000 offer after discovering it was from a man.

Originally, Stepanov had his eye on Migliorini and even learned Spanish in hopes of wooing her. That didn’t work. Not only was she not interested, but, being from Brazil, she speaks Portuguese, Stuff.co.nz pointed out.

Migliorini told The Huffington Post earlier this year that she never followed through on her $780,000 sex session because she doubted the identity of “Natsu” and the entire documentary project.