The Governor of the Central Bank of Nigeria, CBN, Malam Sanusi Lamido Sanusi, yesterday, said that Nigerians must accept Naira for dollar transfers. 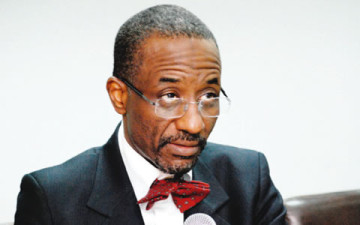 Fielding questions from journalists on the sidelines of the 2013 World Bank/ International Monetary Fund , IMF, annual general meeeting in Washington, he explained that there was nowhere in the world where those sent money from abroad were being paid in foreign currencies, as was the case in Nigeria.

His words: “The interesting thing about our country is that we try to be different from others in the world. If you are in the UK and somebody transfers money to you from the United States, in what currency do you get paid in London? Obviously you get paid in pounds.

“There is no where in the world where you go to a bank and because you got a transfer, you insist on being paid in that currency”.

According to him, the CBN earlier directed that customers be paid in the currencies sent to them by their relations resident abroad because the banks were short-changing them.

Effects of US debt ceiling on Nigeria

On the impact of the current budget imbroglio in the United States, the CBN governor said that it could affect the global economy, including Nigeria, especially given the fact that the nation’s reserves have been invested in US Treasury Bills and bonds. He expressed optimism that with several voices of concerns raised across the world for the House of Representatives to see reason, the matter would be resolved shortly, in the interest of the global economy.

His words: “The last two, three World Bank/ IMF meetings have been focusing on the European Union- the crises and all that. This year there is a tremendous focus on what is happening in the United States- the budgetary impasse, the debt ceiling issues and the implications if the legislature and the executive don’t reach some kind of conclusion.

“Therefore being forced into what could become a massive austerity programme and the possibility of a default on its obligations- not necessarily a default in their treasury bills because I expect that there will some form of prioritization. I don’t see the United states defaulting on its treasury bills as a first line of defence. “But they will default in some of their obligations and no one knows exactly how the market is going to react to this.

The real challenge for us in emerging and frontier markets is that we hold our reserves in the US dollars, we have invested it in US Treasury Bills and bonds and if there is a slide in those instruments we will suffer loss in the assets that we hold. “The government shutdown is more of a domestic issue but the debt ceiling is the one that affects all of us- And so we expect the US to resolve this impasse in the interest of the global economy”.

On the failed attempt by the CBN to introduce the N5000 currency note into the Nigerian economy, the Mallam Sanusi said even though he was convinced that it made economic sense to print the higher denomination, he would not revisit the matter. Said he, “ On 5000 Naira note I have said I would not revisit. I made all the arguments at the time I made them. You have had inflation in double digits for a very long time, this has weakened the purchasing power of the national currency and therefore means you are carrying much more currency than you need to carry to carry out your transaction.

“You go to an ATM, you want N100,000 you have to take 100 notes, those notes have a cost and printing those notes you are paying for the paper, paying for the security features, paying for transportation and paying for security while transporting them. And then the CBN is going to pay for destruction of those notes (when they become old and tattered”. “People got up and made statements, professional institutions, accountants, saying ‘this is inflationary.”

I don’t know when accountants became economists, I don’t know when changing denomination became the same as increasing money supply, but in a country in which the decisions are not taken based on the soundness of an argument but on sentiments, I can’t help it. If Nigerians would rather carry Ghana- must- go bags on their backs, that is fine. If they would rather we continue pending money printing these notes, that is fine.