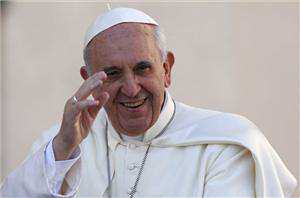 The United States spy program had no boundaries until the leaks started, as the US National Security Agency allegedly eavesdropped on cardinals before March conclave to elect new pope, Italian magazine claims.

“The National Security Agency wire-tapped the pope,” the magazine said, accusing the United States of listening in to telephone calls to and from the Vatican, including cardinal Jorge Mario Bergoglio before he was elected Pope Francis.

The allegations follow a report on surveillance website, Cryptome, which said the US intercepted 46 million telephone calls in Italy in December last year and early January this year.

Among those, “there are apparently also calls from and to the Vatican”, Panorama said.

“It is feared that the great American ear continued to tap prelates’ conversations up to the eve of the conclave,” it said, adding that there were “suspicions that the conversations of the future pope may have been monitored”.

Bergoglio “had been a person of interest to the American secret services since 2005, according to Wikileaks”, it said.

Vatican spokesman Federico Lombardi said “we have heard nothing of this and are not worried about it”.

If true, the US spying would be an embarrassing blow to an institution famous for its secrecy.

The goings-on of the conclave are particularly clock-and-dagger, with a system installed in the Sistine chapel where the cardinals meet in order to scramble any mobile phone communications and excommunication for those who spill the beans.

The latest spying claims come amid a huge diplomatic row over the revelation that the phone records of millions were tapped in many countries across Euope that included several heads of the state.

On Monday, Spain summoned the US ambassador to discuss alleged spying on its citizens and said that, if true, the action was unacceptable behaviour by an ally. Germany and France had also taken similar steps.