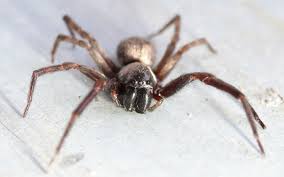 An English school has been forced to close after an outbreak of “false widow” spiders, the latest in a series of sightings of Britain’s most poisonous arachnid.

Dean of Academy in the western Forest of Dean region would shut its doors on Wednesday while experts dealt with the eight-legged invaders, vice principal Craig Burns said in a statement.

The spiders, which resemble the potentially deadly black widow, have colonised parts of southern England for more than a century although they are thought to have spread in the last 25 years, according to Britain’s Natural History Museum.

Their bite can cause swelling or fever. So far, no one at the school has been bitten, said Burns.

There have been numerous newspaper reports of false widow sightings and attacks around Britain in recent weeks.