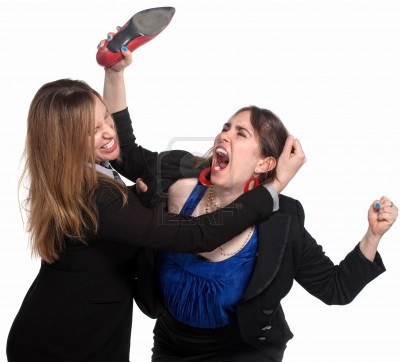 The victim, identified as Mercy Bala filed a report at the Life Camp police station that Hajia Maina had accused of her of having an affair with her husband and had sent  her several messages warning her to end the illicit affair or face the consequences.

According to her, Hajia Maina alongside her cousin lured her to Dr Maina’s office where they both pounced on her and beat her to stupor, adding that they seized her handset, her bag containing N200,000, poured urine on her to revive her and later put her in a cab, instructing the driver to dump her her along any roadside.

She said the driver took pity on her and rather than dump her like instructed, took her to the police station where she reported the incident.

A team of police detectives from the FCT command were sent alongside the complainant to the residence of Hajia Maina to get her own side of the story but they were denied access in to the house by security guards.

For over five hours yesterday, they waited at the residence in an attempt to arrest Hajia Maina.

It was however gathered that the Life Camp DPO directed the officers to spend the night at the Maina residence and ensure that she was brought to the station.

Every attempt to get the spokesperson of the FCT police command , Ms Daniel Altine, to confirm the incident failed as her telephone number kept saying she was not available.