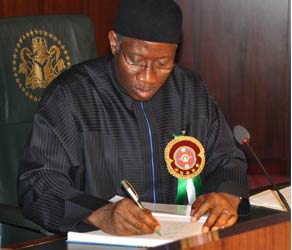 Three professors from the fields of Science, Humanities and Engineering/Technology have pipped 40 others to emerge as winners of the prestigious Nigerian National Order Award, NNOA.

Prof. Chukwuemeka, a past winner of the award will on December 5, 2013, deliver a lecture on “The Story Writer and National Transformation” at the awards, which is a celebration of the intellectual, academic and creative achievements of Nigerians

Disclosing this yesterday while unveiling the winners of the 2013 edition of the award, Chairman of Governing Board of the Nigerian National Merit Award, NNMA, Prof. Adegoke Oluwafeyisola said that the three eminent academics emerged after rigorous selection process.

According to him, “Over 40 candidates within Nigeria and in Diaspora were nominated for the award in the four disciplinary areas described by the Act, viz: Science, Medicine, Engineering/Technology and Humanities (including all other fields of human endeavor).

“At the conclusion of our very rigorous, merit driven, 3-stage assessment process, only three (3) Nigerians were approved for the Award by the Governing Board of the NNMA.”

Prof. Oluwafeyisola said, the winners of this year’s awards are, Prof. Seth Sunday Ajayi who came top on science category as he has been a major figure in the international community of scholars in Wildlife Conservation and Environmental Protection and management.

Prof. Francis Abiola Irele, an author of over 100 papers that include “The Cambridge History of African and Caribbean Literature and four collections of essays won in the field of humanities, , while Prof. Hillary Iyang Iyang won in the Engineering /Technology category.

The Chairman of Board Governing Council stated that in the past 35 years the merit award was instituted, none of its recommendation had been considered unworthy and there had not been any protest or rejection of those that had emerged, adding that the system put in place for the selection was not interfered by anybody.