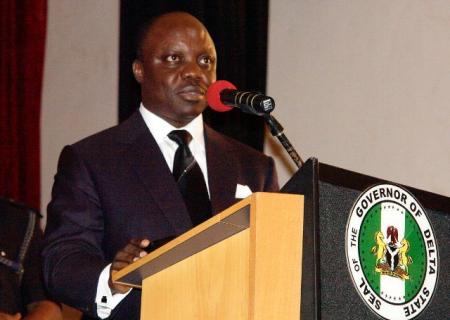 Gov Emmanuel Uduaghan of Delta on Tuesday charged politicians in the state not to heat up the polity by their actions and utterances.

The governor made the call in a press statement issued by his Chief Press Secretary, Mr Sunny Ogefere in Asaba.

According to the statement, the governor was reacting to a question after visiting a woman and other victims of an explosion at the Oghara Teaching Hospital.

The explosion occurred on Friday Nov. 1   at Obomkpa in Aniocha South Local Government Area of the State

The statement stated that Uduaghan urged politicians and the people of the state not to speculate on the incident as the police were still investigating it.

“I want to urge politicians and all Deltans to be calm and patient with the police presently investigating the matter to come up with their findings.

“We should also conduct ourselves in a manner that will not heat up the polity especially now that political activities are on the increase,” the statement quoted the governor as saying.

It also assured residents in the state on safety of lives and property, stating that the state government was on top of the security situation.

The Police Command’s Public Relations Officer, ASP Lucky Uyabeme, confirmed that the Speaker of the state assembly, Mr Victor Ochei narrowly escaped death following an explosion on Friday at Obomkpa which injured some persons at the scene.

Uyabeme, who briefed newsmen on the incident on Monday, said the substance exploded close to the seat that was reserved for the Speaker at the occasion. (NAN).