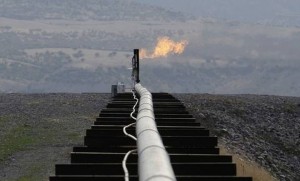 A major oil pipeline has been bombed in northern Iraq, forcing pumping energy to Turkey to be suspended, security officials said.

Three blasts went off on Saturday in Nineveh province along the pipeline, which runs to the Turkish port of Ceyhan, but the incident did not cause any casualties.

An official with the state-owned North Oil Co in the city of Kirkuk said repair works had already started on the pipeline and oil pumping was expected to resume on Sunday.

The Iraqi authorities are under growing pressure after the autonomous Kurdish region in the north of the country said it would build a second oil pipeline to Turkey, a route to Western markets that would bypass national infrastructure.

However, Turkish Energy Minister Taner Yildiz said on Friday that his country would not import energy from Iraq without the approval of the federal government in Baghdad as it may encourage Kurdistan Regional Government (KRG) to seek greater independence.

The KRG has been shipping small amounts of crude to Turkey overland by truck since 2012.

A pipeline built by the KRG is already complete and is being tested before it planned launch in early 2014.

Baghdad has repeatedly warned any Turkish deals with the hydrocarbons-rich KRG may breach its agreements with Iraq.

Iraq is heavily dependent on crude sales, which account for 95 percent of government revenues and an estimated two-thirds of gross domestic product, and is looking to dramatically boost them in the coming years.

Officials are aiming to increase production capacity to nine million barrels per day by 2017, a target that the International Monetary Fund and International Energy Agency have warned is over-optimistic. [AlJazeera]