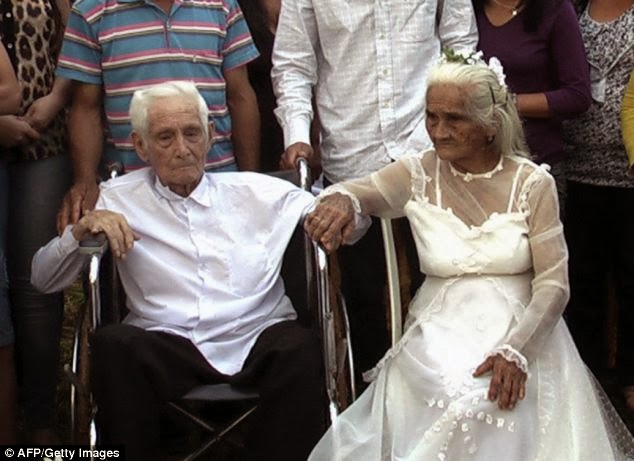 This Paraguayan couple met each other, fell in love and moved in together in 1933, six years before the outbreak of World War Two.
And eighty years later, they decided to cement their relationship – by getting married.

As guests wiped away the tears, Mr Riella, who wore a smart dark suit and a light blue shirt, sat in his wheelchair and smiled at his wife, who wore a long white wedding dress.

After the vows there was an ‘entertaining’ party and the priest who presided over the Catholic ceremony said they were the oldest newlyweds he had ever married. 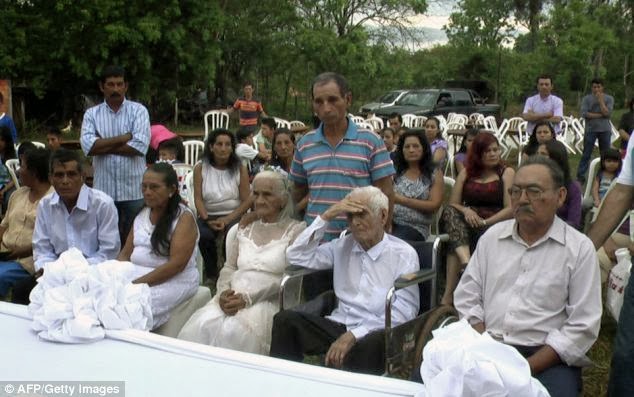 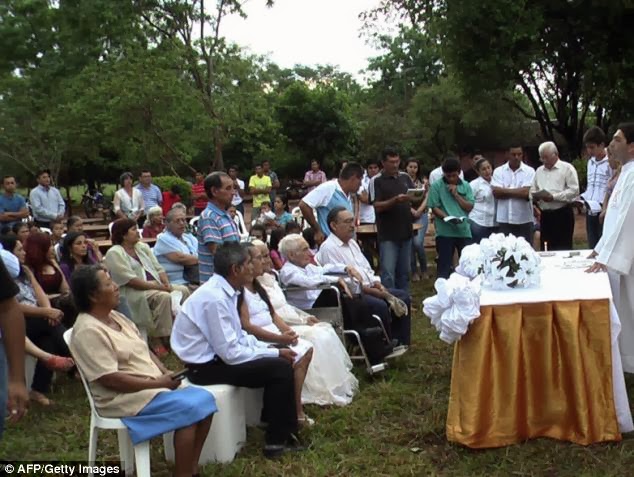 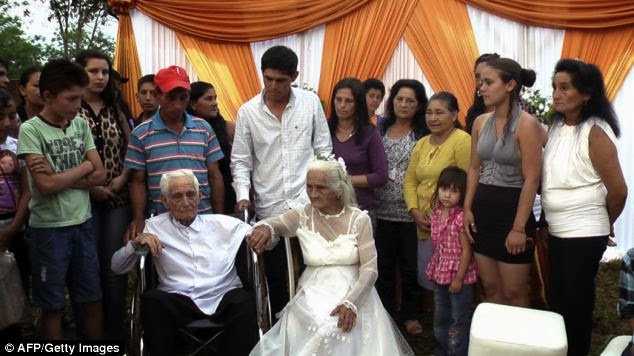