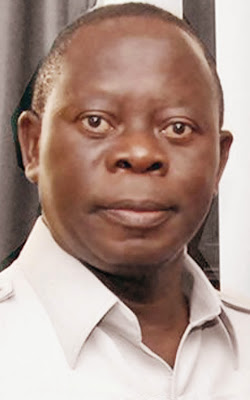 Gov. Adams Oshiomhole of Edo on Wednesday in Benin ordered the immediate suspension of the Acting General Manager of the State Waste Management Board, Miss Gilian Ochugbe, for negligence of duty.

Oshiomhole gave the directive during an unscheduled inspection of the Mission Road, Forestry Road, and the new Benin areas in the state capital.

Appalled by the sanitary conditions of the areas, especially the road median, the governor directed the Permanent Secretary of the Ministry of Environment, Maj. Lawrence Loye (rtd), to ensure immediate evacuation of refuse at road median.

He also called for partnership with the residents of the state capital to ensure proper cleanliness of the city.

The governor urged them to desist from dumping refuse on drainage as well as trading on the highways and walkways.

He said it was the duty of all to keep the city clean.

Oshiomhole said that henceforth, government would strictly enforce every rule on the indiscriminate dumping of refuse, trading and parking of vehicles on the walkways.

He said that waste generated should be properly disposed of, adding that any trader caught disposing refuse indiscriminately would be arrested and charged to court.

Meanwhile, 34 vehicles were impounded by the government for indiscriminate parking during the governor’s unscheduled inspection. (NAN)