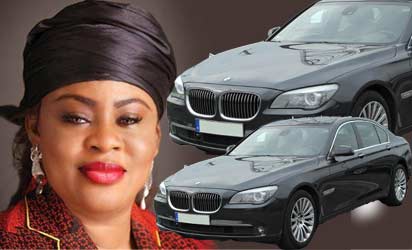 The All Progressives Congress has hailed the House of Representatives for its stand on the N255m armoured cars scandal involving the Minster of Aviation, Ms. Stella Oduah, following the adoption of the recommendation of its Committee on Aviation, which called on President Goodluck Jonathan to “review the continued engagement of the minister over her role in the scam”.

In a statement in Port Harcourt, Rivers State capital on Monday by its Interim National Publicity Secretary, Alhaji Lai Mohammed, the party said by its action, “the House of Representatives has again signalled its readiness to play its own part in fighting the massive corruption which has enveloped the country.”

The opposition party added that “by its unequivocal stand on the scandal, coming on the heels of the recent criticism of President Jonathan’s tepid fight against corruption by House Speaker, Aminu Tambuwal, the House has left no one in doubt that the legislature is taking its oversight role very seriously”.

The APC said, “There is no doubt that the House of Representatives took its stand, which included asking the EFCC to investigate and prosecute all those involved in the scandal, after a painstaking work by its Committee on Aviation. This action is commendable and reflects the general opinion of Nigerians on the shameful scandal.

“Therefore, Ms. Oduah has no basis for continued occupation of her post as Minister of Aviation and should step down immediately. If she fails to do so, she should be fired by the President”.

APC said if the Minister failed to resign and the President refuses to relieve her of her appointment, it would confirm the general perception across the country that “this President is not ready or willing to fight corruption; that he is comfortable in the company of corrupt officials”.

The party said the failure of Mr. Jonathan to heed the recommendation of the House of Representatives on Oduahgate would also add to “his earlier failure to act on the House’s decision on the massive oil subsidy scam and the failure of his administration to bring to justice all those behind the series of corruption cases that have dogged the administration”.

”The President’s decision to hug corruption rather than fight it has also been reflected in his comments; for example that the perception people have about corruption in Nigeria is exaggerated; and that his administration is ‘winning’ the war against corruption”.