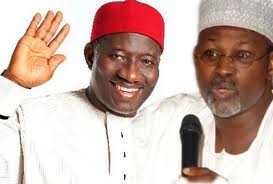 The request by the Peoples Democratic Party (PDP) and the presidency to the Independent National Electoral Commission (INEC) to declare the seats of the 37 members of the House of Representatives, who recently defected to the All Progressives Congress (APC), has met with stiff resistance from the electoral umpire.

INEC said it was not aware of any such pending requests just as it said it lacked the powers to take such an action.

Making the commission’s position known, INEC chairman, Prof. Attahiru Jega’s Chief Press Secretary, Kayode Idowu, said: “Honestly, I am not aware of any such letter. I sincerely don’t know anything about it. But let me also add that it is not the job of INEC to take such a decision. INEC is not the one to declare seats of elected public office holders vacant. That is not what the law says and I can tell you that INEC is not going to do that”.

With the refusal of INEC to declare the reps seats vacant, the battle might finally be resolved in the court as the Speaker, Aminu Tambuwal’s body language does not suggest he is also going to grant the presidency or PDP’s requests.

The defection of the federal legislators last week Wednesday saw the APC take over from PDP as the majority party in the House of Representatives – a position the ruling party will find unacceptable as it had controlled both the upper and lower legislative chambers of the National Assembly since the inception of democracy in 1999.