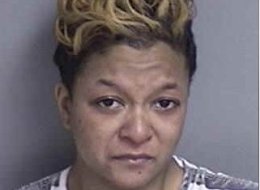 A woman says her sister was shot to death over the annual Alabama-Auburn football game.

Nekesa Shepherd said she witnessed the killing. She said Briskey flew into a rage when she saw the sisters and others joking that the Crimson Tide’s loss wasn’t as bad as if the NBA’s Miami Heat had lost.

Police say they are looking at whether the game’s outcome was the motive.