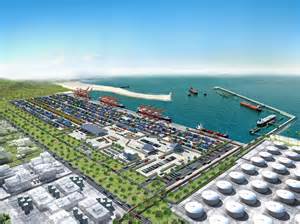 The federal government Wednesday said it would spend N217 billion on the development of the Lekki Deep Seaport in Lagos State.

This came following approval by the Federal Executive Council (FEC) at its weekly meeting presided over by the Vice-President, Alhaji Namadi Sambo.

“The Minster of Transport presented a memo seeking an approval for the development of the Lekki Deep Seaport, Lagos State, through a Public Private Partnership (PPP) arrangements for a concession period of 45 years for the Ministry of Transport/Nigerian Ports Authority (NPA).

“The project upon completion will generate the sum of USD379 billion and the fact that the port will play a vital role in the economy.

“After deliberations, the council approved the project in favour of Messrs Lekki Ports LFTZ Enterprise (the project proponents) at an estimated cost of USD1,354, 500,000 under the concession agreement dated April 21, 2011.

“The council approved the issuance of a guarantee to cover financial obligation of the NPA to pay compensation in the event of expropriation, war, civil disturbance, breach of contract and other event of default as per the concession agreement for the development of the port, as USD 800,000,000 out of the project cost is to be funded through debt financing while the balance of USD554,500,000 is to be contributed by equity” Maku said.

The minister listed others as the construction of Jarmai-Bashar Road in Plateau State which will cost N1.38 billion, rehabilitation of Wukari/Akwana Road in Taraba State, N3.97 billion, construction of Ajase/Offa/Erin-Ike/Osun State Boundary Road in Kwara State at N1.24 billion.