Home Metro News FRSC Official Shot In The Leg In Abuja • It Was A...
Facebook
Twitter
WhatsApp 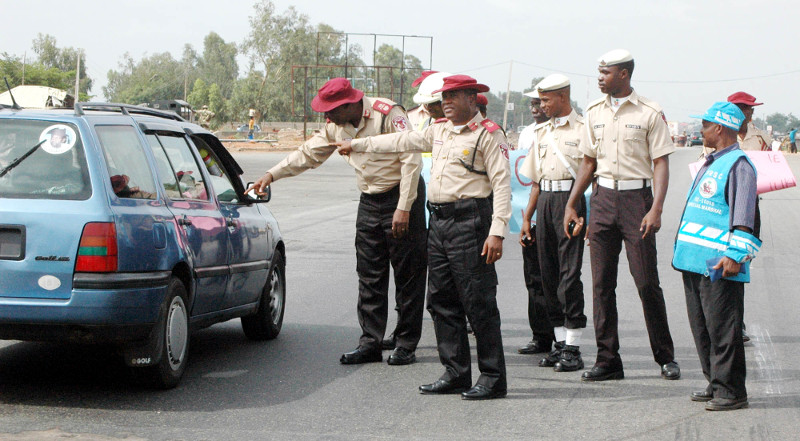 The police in Abuja yesterday allegedly shot an official of the Federal Road Safety Corps (FRSC) in the legs following a hot argument.

The police and FRSC officials were reportedly engaged in a heated debate along the Constitution Avenue over which of the agencies is responsible for keeping routes clear during presidential movement when the shooting occurred.

The FRSC Sector Commander in Abuja, Kayode Fanola said his patrol team was stationed along the Constitution Avenue to monitor vehicular movement yesterday.

“While they were on duty, a senior police officer from Wuse Division told them to leave the place on the grounds that they were not allowed to operate there. The patrol team told the officer they were on official duty and the officer forcefully dragged out the driver of their patrol van and drove it away.

“They informed me of what happened and I sent out my 2ic to find out. He met the police officer driving the van along Olusegun Obasanjo Way”.

He said an argument ensued between the police and the FRSC officials “and the police officer and other policemen in police patrol van, number ACCOS (Abuja Crime Control Squad) 44 attached to Wuse division, started firing. They shot one of our men by name M. Mundi in the leg. He was admitted at Wuse hospital”.

When contacted, the FCT police spokesperson, Altine Daniel agreed that there was disagreement between them and the FRSC personnel “on route lining during presidential movement yesterday” but denied any shooting.

“There was argument because the FRSC officials have no right to take part in route lining. But there was no shooting”, Daniel, a Deputy Superintendent of Police stressed.