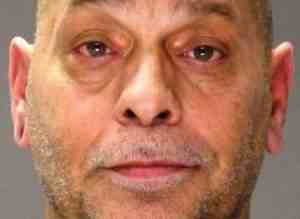 A truck driver from Salt Lake City is accused of holding a 19-year-old woman captive and sexually abusing her for seven months.

Timothy Vafeades, 53, stopped at a weigh station in Minnesota last week when a trooper noticed there was a warrant for his arrest in Florida, according to the Associated Press. While investigating, authorities noticed that the teen traveling with him had a black eye, along with other injuries.

“He kept her, basically, for a lack of any other better word, a slave.” Clay County prosecutor Brian Melton told the AP.

The woman, who is a relative of Vafeades, said he held her in the truck for months, not even allowing her to leave the truck to use the bathroom. She said she met up with him in May under the impression that she would be helping him with his trucking business, according to court papers obtained by WDAY 6.

She said Vafeades kidnapped her, forced her to have sex with him every few days, filed down her teeth with a power tool because he didn’t like the way they looked, and struck her if he felt like she made eye contact with other people. She said he only allowed her to take five or six showers during the entire six-month period she was captive.