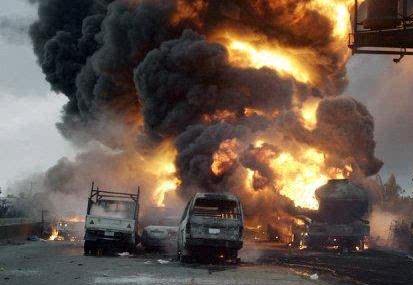 The Minister of Interior, Comrade Abba Moro, says the country loses an estimated N50 billion worth of properties annually to fire disasters.

He said this on Thursday at the 5th National Council on Fire held at the June 12 Cultural Centre, Abeokuta, Ogun State.

According to Moro, the country may suffer more losses considering the unfolding climate change.

“As I am speaking to you now, we are losing an average of 50 billion Naira worth of properties annually and so many lives are lost every year.

“Fire disaster is not regular occurrence.

“People hardly take proper notice of what happens but when fire disasters occur, especially against the impending climate change, it would cost this nation very seriously in losses to its commonwealth”.

Speaking to newsmen on the sideline of the event , the minister said  the ministry had presented the National Fire Service Code to the Federal Executive Council.

This, according to him, is important to President Goodluck Jonathan’s Transformation Agenda.

He said that the next move was to get the code through to the local and state governments by presenting the Fire Safety Code to the National Economic Council.

Moro said that by so doing, it is hoped that everybody will embrace the imperatives of the code.

The minister said that the conference was aimed at creating a network among major stakeholders of the fire service.

He said doing so would create a necessary synergy required for the implementation of common national code for the fire service. (NAN)