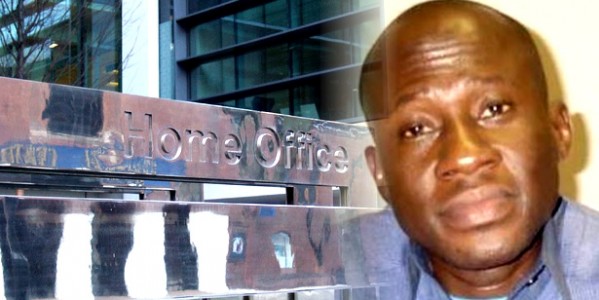 Isa Muazu, the Nigerian man, who made news headlines after he embarked on a near-death hunger strike to protest his deportation to his home country by the United Kingdom authorities, was on Tuesday quietly deported to Nigeria, thereby bringing to an end a protracted saga.

According to a BBC report, the Home Office had arranged to return him on Tuesday night.

An earlier attempt by the British government to deport Mr. Muazu from the Harmondsworth detention centre, where he was being held, in a private jet after he lost his suit to remain in the UK at an immigration tribunal and the British Appeal Court was foiled when Nigerian authorities refused to grant the aircraft the right to land.

Mr. Muazu claimed he is likely to be killed by the Boko Haram insurgents if returned to Nigeria. He then embarked on a three-month hunger strike saying he would rather die in the UK than be returned to Nigeria – a move that sparked civil protests and a campaign to stall his deportation on humanitarian grounds.

Mr. Muazu, who is suffering from severe mental illness alongside hepatitis B, kidney problem and stomach ulcer was flown to the Lagos airport and has been checked into a hospital for “appropriate” medical attention at the cost of the British government.

British Immigration Minister, Mark Harper, said Mr. Muazu has “no right” to be in the U.K. and has been “successfully removed,” the BBC reported.

Mr. Harper added that “Halting the removal of Mr. Muazu because of his protest would undermine our asylum and immigration system – and provide a dangerous incentive for others to follow suit”.

Mr. Muazu entered the U.K. on a valid visa but stayed back five years after his visa expired claiming his life was under threat by the radical Islamist sect, Boko Haram.