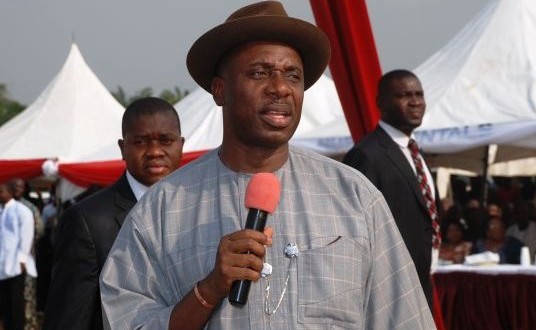 The Rivers State Government has berated the National Judicial Commission (NJC) for allegedly allowing itself to be manipulated for partisan reasons.

Speaking on the crisis rocking the Rivers State judiciary, the state Attorney General and Commissioner for Justice, Mr. Worgu Boms, who was speaking with newsmen in Port Harcourt on Monday, decried the attempt by the NJC to force the State Governor, Mr. Rotimi Amaechi, to choose a particular candidate as the state acting chief judge.

Describing the action of the NJC as unacceptable, Boms lamented that the judicial arm of government in the state had been comprised due to its involvement in partisan politics.

The commissioner, however, exonerated the state government from the attempt to politicize the judiciary, adding that unfolding events in the state judiciary were a bad precedence that could have been avoided.

The NJC had in a letter, instructed judges of the Rivers State Judiciary not to acknowledge the appointment of anyone as acting chief judge from Gov. Amaechi, except if Justice Daisy Okocha, which it had earlier recommended for the position, is accepted by the governor.

He said, “It is unfortunate that there are dedicated attempts to politicize the judiciary; certainly not from our own side.

“The lawmakers knew that there may not be smooth transition from one chief judge to the other and they said in the meantime, the governor is empowered without recourse to anybody to appoint an acting chief judge, whose tenure will only be for three months.

“He can’t reappoint that same person except on the approval of the NJC. So the NJC comes in only at the point of reappointing that same person. In this case, we have not gone to the NJC; we want to appoint another person.

“The NJC now writes letters to judges; ‘don’t accept appointment from him unless he appoints a particular person’. If you were governor, would you accede to that? It is not possible.

“So, who started the politicization? I have powers to appoint and you have no business in it; you come to tell me to appoint a particular person; you are neither a court nor the appointing authority.

“It is unfortunate and this is public issue and no hiding about it.  It happened in Osun; it’s happening in Abia till now, in Adamawa, the same thing. No judge was written to decline being appointed and I have told you here that judges are under the discipline of the NJC”, Boms said.