A 13-year-old girl has delivered triplets in the capital city of the Dominican Republic, Santo Domingo.

The father of babies is a 61-year-old man who is currently hiding from the police, as he would be charged with sexual abuse of a minor, if caught. 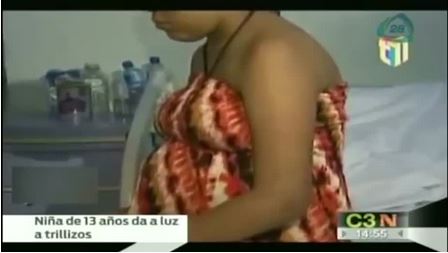 In the interview to the local press, the young mother showed no regrets in giving birth to three babies, despite circumstances. She added she was happy with her three sons, naming them Samuel, Joshua and Jovanny.

Three baby boys are currently in the intensive care ward of a local hospital, as the births were premature. However, all of them have good chances to survive.

According to Dominican laws, the offences of child abuse carry a sentence of between twenty to thirty years and $2,000 – $10,000 fine.