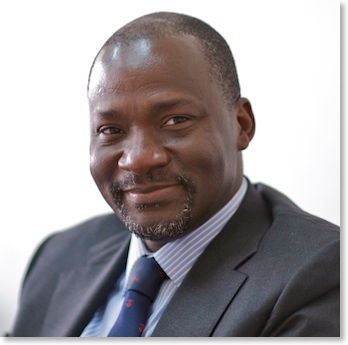 An All Progressive Congress (APC) chieftain in Kwara State, Mr Dele Belgore, on Monday, said his group would not surrender its political future to those that just defected to the party, including some PDP governors.

Belgore made this resolve while speaking to newsmen at his GRA residence in Ilorin, shortly after addressing his supporters who thronged the APC office along Asa Dam Road.

The News Agency of Nigeria (NAN) reported that Belgore was the governorship candidate of the defunct ACN in the 2011 election in the state.

Belgore told newsmen that he would never surrender his political future and that of his supporters to the advantage of the new entrants.

He said that the national leadership of APC was not considerate enough before admitting the members of the new PDP to its fold.

Belgore said that there could not be APC in Kwara without his input but he urged his supporters to remain calm.

“We will not compromise the cause to liberate the people of Kwara.

“There was a lot of apprehension concerning the entry of G7 Governors and what it portends for APC members in Kwara and for the political terrain in Kwara generally.

“So, my first task was to inform. I have done this through a caucus but as you well know that even when you speak through a caucus, you have to speak directly to the people.

“The details were discussed in the caucus and they will now break out and go and talk to their people.

“But generally, just to reinforce and essentially to let people know that there is no need, there is no reason for any apprehension.

“We remain members of APC, we remain committed to APC and we remain together a formidable group within that party and that the situation is dynamic and we are reviewing it as we go along.”

He, however, said he would set up a small committee to examine the implications of the political development in greater detail.

“Like I said there was a lot of apprehension. So, I wanted a smaller group to look at it and evaluate at a local level, to evaluate on a ward by ward basis, local government by local government basis what this actually means to the people and how they want to react into every situation.

“One important point I want to make is that our politics in Kwara and when I say our, I am talking as someone who represents a community interest.

for economic empowerment, for uplifting, for the greatest good of the greatest number, more like utilitarian view, essentially.”

Belgore reaffirmed his interest in the 2015 general election.

“In other words, we want to take politics of Kwara out of the hands of very domineering, selfish select few and broaden the space so that there is opportunity for everyone to the best of their ability and their talent and there will be economic empowerment.

“That is exactly our message and that is the bond I have with the people.

“It is not about me, it is the community and the communities are fighting to change the status quo.

Reacting on whether his group will defect to PDP, the party chieftain said: “Our supporters feel at this point completely disenchanted with the leadership of our party.

“They felt that the course of the struggle in Kwara was not taken into consideration at a time these discussions were held.

“My duty is to explain to them that there is a big plot, there is a main plot from the point of view of the national leadership and then there are various sub-plots which now look at the peculiarities of each particular step.

“And as you know that all politics is local, we are only concerned with that which affects us.

“So, they are concerned that our leadership, essentially as it were, turned their back on their struggle and they say, “Look, if that is the case, then what are we still doing here?

“That was the concern but we are telling them, “No, we are in APC, nobody is going to push you out, I will not lead you to compromise that which you believe in and that we will state our case within the party.”