Hon. Raphael Nomiye Groovy, who represented Ilaje/Ese-Odo Federal Constituency of Ondo State in the House of Representatives was laid to rest over the weekend. 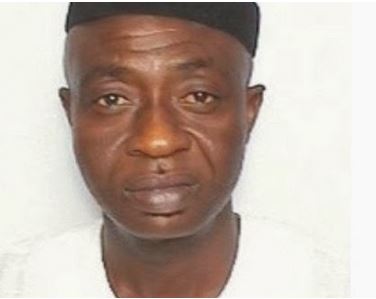 The funeral was almost halted as the the widow of the deceased, Mrs. Nabi Nomiye, slumped at the occasion, few minutes before the internment of her husband.

She was immediately taken to the State Specialist Hospital in Okitipupa by the Chief of Staff to the Ondo State Governor, Dr. Kola Ademujimi, a medical doctor and she was attended to by specialists.

The funeral continued after she was revived.

The funeral was attended by Ondo State Governor Olusegun Mimiko, Speaker of the House of Representatives, Hon Aminu Tambuwal, and his deputy, Emeka Ihediorah where they wept uncontrollably.

The late house of reps member was described by Tambuwal and Mimiko as an unassuming, generous and cultured politician, who contributed immensely to the development of his people, adding that his death was a big loss to Ondo State and the National Assembly.

Mimiko burst into tears as Nomiye’s remains were lowered into the grave. He prayed to God to grant the family the fortitude to bear the loss.
In his sermon, Pastor Akinkolurejo of the Christ Apostolic Church, Oke-Itura in Okitipupa described the late Nomiye as a humble man, who dedicated his life to God.
The late Nomiye, popularly known as Groovy, slumped and died in Abuja on November 22.
Source: CKN Nigeria