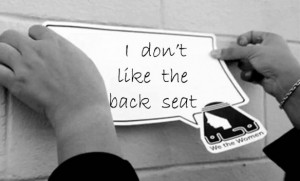 Saudi police pulled over a woman just minutes after she got behind the wheel in the Red Sea city of Jeddah as part of a new day of protest against a ban on female drivers.

“Only 10 minutes after Tamador al-Yami got behind the wheel police stopped her,” said activist Eman al-Nafjan, adding that Yami carries an international driving licence and was with another woman who was filming her in the car.

Mrs Yami’s husband was called to the scene and she was forced to sign a pledge not to drive again without a Saudi licence, said Ms Nafjan on her Twitter account.

Women are not allowed into driving schools in the ultra-conservative kingdom are not granted licences.

Elsewhere in Khobar, in Eastern Province, another woman drove for two hours, accompanied by her husband, without being stopped, Ms Nafjan said.

Activists say Saturday was chosen as a “symbolic” date as part of efforts first launched more than a decade ago to press for the right for Saudi women to drive.

The call for action is a “reminder of the right so it is not forgotten,” said, activist Nasima al-Sada.

The absolute monarchy is the only country in the world where women are barred from driving, a rule that has drawn international condemnation.

Saturday’s action is a continuation of a campaign launched on October 26, when 16 activists were stopped by police for defying the ban.

In addition to not being allowed to drive, Saudi women must cover themselves from head to toe and need permission from a male guardian to travel, work and marry. [AFP]